Russian Deputy Foreign Minister Sergey Vershinin says Moscow will not cooperate with Washington on controlling and exploiting the oilfields in Syria, because they belong to the war-ravaged Arab country and its people. 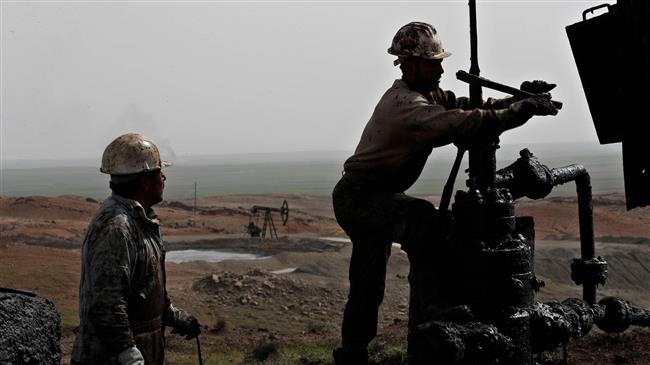 “We won’t cooperate with the Americans on the Syrian oil. This concerns Syrian oil, which is the Syrian people’s heritage,” TASS news agency quoted Vershinin as saying on Wednesday.
He added, “We are convinced that it’s up to the Syrian people to manage their natural resources, including oil.”
On Tuesday, Vershinin said that US actions to bolster its ‘illegal presence’ in Syria violate international law.
“Any actions whatsoever – we are not talking about anything in particular now – that the United States undertake to keep themselves militarily present in Syria are unacceptable and illegal from our point of view and under international law,” he said.
The remarks came shortly after Turkish media reported that two new American military bases are under construction in Syria’s oil-rich northeastern province of Dayr al-Zawr.
Also on Tuesday, Syrian government forces reportedly entered an oilfield in the country’s northeastern province of Hasakah, as they continue to deploy in areas close to the border with Turkey in the face of a cross-border incursion by Turkish army troops and their allied militants against militants from the Kurdish People's Protection Units (YPG).
Several media outlets reported on Tuesday that Syrian army troops had gone into the Rumailan oilfield, located near the village of Mulla Abbas, “for the first time in years.”
The pro-government and Arabic-language daily al-Watan reported that Rumailan had remained outside state control for seven years.
Washington has reversed an earlier decision to pull out all troops from northeastern Syria, announcing last week the deployment of about 500 troops to the oilfields controlled by Kurdish forces.
Pentagon chief Mark Esper said the deployment will seek to secure oil resources from Daesh. Washington, he said, will use “overwhelming” force against any other actor challenging the US, including Syria’s own government.
Speaking last week, President Donald Trump suggested that Washington sought economic interests by controlling the oilfields.
The developments come as Damascus is in great need of its major oil deposits in order to gain revenue and address its energy needs amid crippling Western sanctions.
Syria is currently extracting oil at only 10 percent of its pre-war capacity.
Syria, along with Iran and Turkey, have already denounced Washington’s illegal appropriation of Syrian oil.