Janan Oriakhel, a driver of Mercedes-Benz 303 coach, who drives on Kabul-Herat highway, says the Taliban insurgents stop his coach on daily basis and take down the passengers for forced labor. They also use some of the passengers as human shield when confront with the Afghan security forces, he adds. 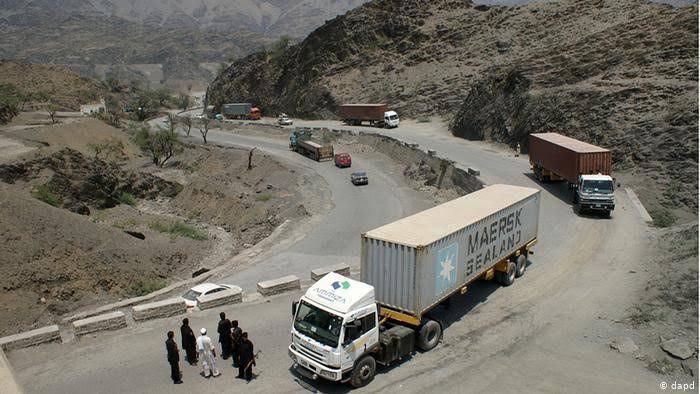 I was travelling from Herat to Kabul. In Qarabagh district of Ghazni province the Taliban stopped the bus, which was carrying us. They separated us (younger people) from the elderly people and women, and then forced us to build a checkpoint for them. We worked for an hour to build a checkpoint, says Abdul Wahed Mohammadi, who arrived in Kabul on Saturday, November 02.
While we were busy building the checkpoint, the Taliban insurgents stopped three other buses, took down the passengers and forced them to work for the insurgents.
The busy Kabul-Herat highway, which is 1,046 km, connects the capital to the border city of Herat. This highway crosses through insecure provinces of Maidan Wardak, Ghazni, Zabul, Kandahar and Farah.
Habibullah Pedram, an MP who represents Herat, says the Afghan army do not maintain full control over the highway. However, the Afghan Ministry of Defense (MoD), denies it. Mohammad Zubair Aref, spokesman for MoD, says the Taliban occasionally stop buses for a short time. The Afghan security forces are on duty day and night to protect the people.
Over the past years, Kabul-Herat highway, known as ‘death road’ was insecure for passengers and drivers.
Mr. Oriakhel says, “Our fears are mostly because of the Taliban and bandits. If the Taliban identify a government employee or NGO worker, they will take him with them or kill him. But if the bandits identify a tradesman or government employee, they will take him hostage for ransom.”
Zia Jannati, a resident of Herat, who studies in Kabul, says, “he often travels to Herat by land. Several time, I witnessed clashes going between the Taliban and the Afghan security forces.”
Tags:
Taliban force passengers to build check posts
Source : kabulnow
Thursday 7 November 2019 10:11
Story Code: 195001 Copy text available
Featured news
President Ghani Appoints New Envoy for Pakistan
Minister Zuhair Discusses MoIC Budget with Ministry of Finance
China, Pakistan Urge Taliban to Reduce Violence, Start Talks
Afghanistan to start university entrance exams in less than two weeks
NDS Prevents Attacks Targeting Media Outlet, Hospital in Kabul
Int’l Kabaddi tournament to be held in Pakistan in December
1
Iraqi officials irate as Saudi daily publishes cartoon against Ayatollah Sistani
2
Khalilzad, Qataris, Taliban discuss development opportunities in Afghanistan
3
Russian diplomat says some members of US intelligence involved in Afghan drug trafficking
4
Khalilzad Discusses Development Plans With Qataris, Taliban
5
Taliban needs to end violence to help kick start intra-Afghan talks: NATO envoy
6
Iraqis rally to decry Saudi paper’s offensive cartoon of Ayatollah Sistani
7
Pakistan invites chief Afghan peace negotiator Abdullah
8
NATO SCR: Taliban Violence ‘Simply Unacceptable’
9
Pak FM talks to Chinese Counterpart; Discusses Afghan Issues
10
Khalilzad releases details of his meetings in Qatar including engagement with Taliban