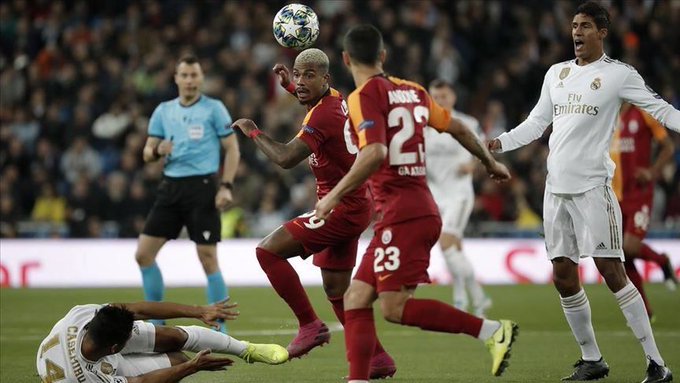 Turkish team Galatasaray's Champions League adventure ended late Wednesday with a loss to Real Madrid.
Galatasaray maintained their poor performance and were beaten 6-0 by the Spanish giants in a Group A match at the Santiago Bernabeu Stadium.
Real Madrid took control of the match from the start.
Two early goals by Rodrygo along with goals by Sergio Ramos and Karim Benzema made it 4-0 in the first half.
Rodrygo and Benzema scored again in the second half and the match ended 6-0.
Galatasaray failed to score at the end of four matches and the Lions are currently at the bottom the Group A with only one point.
Real Madrid increased their point tally to seven and are sitting in second spot.
In another Group A match, Paris Saint-Germain defeated Club Brugge 1-0 at home.
The French club remained in the top spot in the table with 12 points with the Belgian team in third place with two points.