Iraq’s top Shia cleric Grand Ayatollah Sayyed Ali al-Sistani on Friday urged the politicians in Iraq have a chance to implement reforms, but warned against exploiting the protests by foreign and local powers. 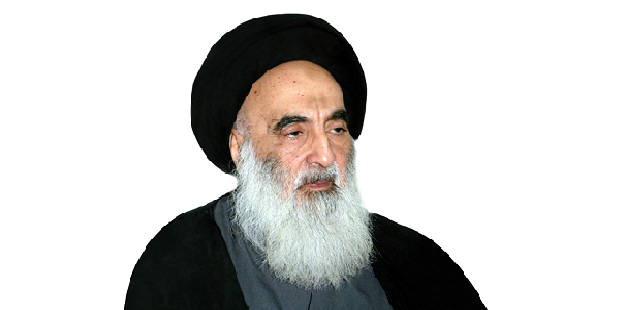 In Friday sermon, the official representative of Ayatollah Sistani, Sheikh Abdul-Mahdi Al-Karbalai said that “the political powers in Iraq have a unique chance to meet the demands of the Iraqi people according to a roadmap that should be implemented in a limited time in a bid to put an end to corruption”.
In this context, Sheikh Karbalai warned that the delay in meeting the demands of the Iraqi people “risks the country.”
On the other hand, Sheikh Karbalai stressed that the Iraqi people “should not forget the favor of the armed forces along with all those who fought Daesh Takfiri group.”
In this context, Sayyed Sistani’s representative warned that some foreign and local sides are exploiting the protests in Iraq, stressing that the protests should abide by peacefulness.
“Peaceful demonstrating is a right but no one can oblige others to take part in protests,” Sheikh Karbalai said on behalf of Sayyed Sistani.