President Bashar al-Assad affirmed that the majority of the Syrian people support their government and that’s why we’ve been here for nine years in spite of all this aggression by the West and the Petrodollar in the Arab region, indicating that the Syrian people know the whole story, and they know where their interest lies. 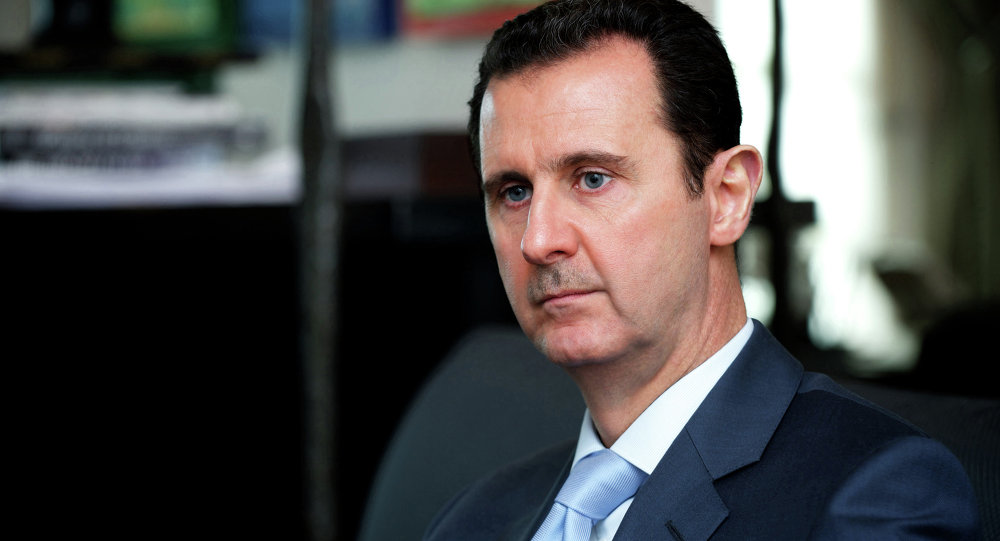 In an interview with Russian RT-UK TV Channel, President al-Assad asserted that Russia is helping Syria in combating terrorism because it defends its people as terrorism and its ideology have no borders, and they don’t see political borders, and the whole world today has become a one arena for terrorism, and Russia adopts and implements the international law in correlation with its national interest, and the interests of its people and with the global stability and with the Syrian interest and the Syrian stability.
President al-Assad indicated that the accusations of chemical weapons attacks have been just allegations and those who spoke about their occurrence must prove his story and provide the evidence, particularly as the “White Helmets” Organization which has fabricated dramas are off-shoot of Nusra terrorist organization.
President al-Assad indicated that ISIL terrorist organization has two partners in stealing the Syrian oil since the year 2014: Erdogan and his coterie, and the Americans who always try to loot the other countries.
President al-Assad affirmed that the Israelis are the enemies of Syria and that they occupy its land, and they have direct relation with the terrorists, and every time the Syrian army advanced against those Al-Nusra terrorists in the south, Israel used to bombard the Syrian troops. So, the link is very clear, and there was correlation between the Israeli operations and the terrorist’s operations.