UN mission in Afghanistan accused of interfering in presidential elections

The Council of Presidential Runners has accused the United Nations Assistance Mission in Afghanistan of interfering in presidential elections. 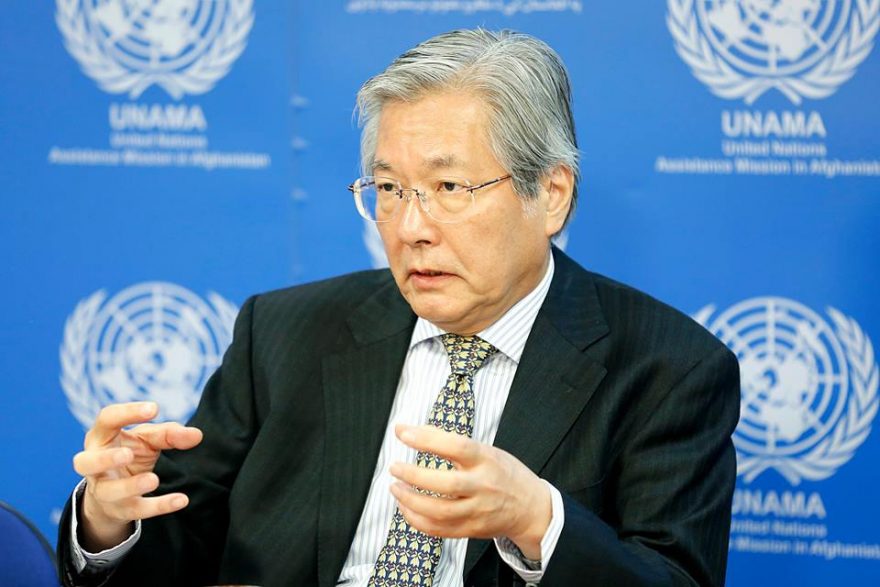 According to a statement released by Council of Presidential Runners, the UN mission in Afghanistan has adopted a ‘biased’ approach while dealing with the issues of presidential elections.

The statement specifically pointed towards the recent letter of UNAMA in which it complained regarding the behavior of one of the election commissioners, calling it a biased approach.
Meanwhile, some social media users and activists have complained that the UN mission in Afghanistan has not only removed their critical comments regarding the mission’s recent statement and Tweets but has blocked them from accessing its social media pages.
On the other hand, Asadullah Saadati, the running mate of Abdullah Abdullah in presidential election has said that he does not think UNAMA is solely responsible for the issue.
Saadati blamed certain active ‘channels’ within UNAMA for the issue, claiming that the channels are actively operating in other areas as well.
This comes as an audio clip of lawmaker Shinkai Karokhail who is also a member of the electoral team of President Ashraf Ghani recently went viral on social media websites in which she talks about a specific channel in UNAMA that operates in favor of State Builder team led by the President.
Saturday 16 November 2019 12:19
Story Code: 195720 Copy text available
Featured news
Electoral Bodies Divided on Recounting Controversial Votes
National Security Advisor met with German SRAP to discuss the Afghan peace
India’s Citizenship Given to 914 Afghans in Past 6 Years: Indian Officials
US may sign Taliban deal with violence reduction, but it wouldn't help Afghans: VP Danish
ICC U-19 World Cup: Pakistan beats Scotland by seven wickets
Top Pakistani cleric says Afghan jihad occured at behest of US
1
President's authorities would be restricted if election headed to runoff: Abdullah
2
US top Gen. Miller stresses on ramping up military operations against Taliban
3
Peace is difficult to achieve unless Pakistan supports: Afghan minister
4
Over 130 prisoner rights abuses committed in Bahrain in December: Opposition
5
Afghanistan War Plagued By ‘Mendacity’; SIGAR Tells US Congress
6
Seven Police Forces Killed in Taliban’s Attack in Kunduz
7
Taliban Leader Agrees to a 7-Day Reduction of Violence: Source
8
Taliban Militants Killed in Kandahar Strike
9
Ghani, Trudeau Speak on Phone Over Downed Plan in Iran
10
Bringing nuclear deal into dispute rooted in weakness: Iran’s Foreign Ministry