Pakistan Prime Minister Imran Khan said that he has no grudge against former PM Nawaz Sharif and unwell Sharif's health was more important than their political differences. According to reports, Sharif's brother and Pakistan Muslim League-Nawaz (PML-N) chief Shehbaz Sharif warned Khan's government that if anything happened to his brother as his administration was dawdling over the removal of Nawaz Sharif's name from the no-fly list, he would hold the Khan responsible for it. 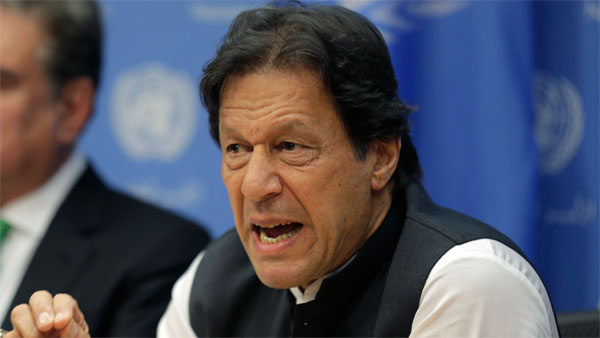 A day after this warning from the former premier's brother Khan has come up with such comment. He said that he held no grudge against former premier Nawaz Sharif.

On Friday while presiding over a core committee meeting of the Pakistan-Tehreek-e-Insaf (PTI), Khan stated that his government had facilitated the Sharif family patriarch at every forum on humanitarian grounds and also decided with a legal option to strike Sharif's name off the Exit Control List (ECL).
But the Pakistan PM has rued that Sharif's family was "playing politics" over the ailing former premier's health.
The Pakistan Interior Ministry on Wednesday had decided to grant Sharif "one-time" permission to travel abroad for his health treatment for four weeks provided he submits an indemnity bond to the tune of 7 billion Pakistani rupees.
The former Premier Nawaz Sharif's doctor explaining his health updates said that Sharif is continuing to be in critical condition and delays in allowing ailing Sharif to travel abroad for treatment could result in an adverse impact on his life. It seems every minute is very crucial for Sharif now.
Reportedly, after the former Pakistan PM's doctor raised an alarm regarding his deteriorating health, Sharif was shifted to intensive care unit (ICU) set up at his Jati Umra residence from the Services Institute of Medical Sciences (SIMS).

Sharif suffered an angina attack and also complained of gums and other body parts bleeding due to fluctuating platelets through his course of treatment at the Services Hospital.
Sharif was in jail and was granted bail by the Lahore High Court (LHC) on October 25, on medical grounds.
Sharif had also secured bail in the Chaudhry Sugar Mills case from the Lahore High Court on the same ground.