Many Afghan Children Are Afraid To Go Outside: Save The Children

Almost two-thirds of Afghan children have been impacted by the ongoing conflict in the war-wracked country, the British-based Save the Children charity said in a new survey. 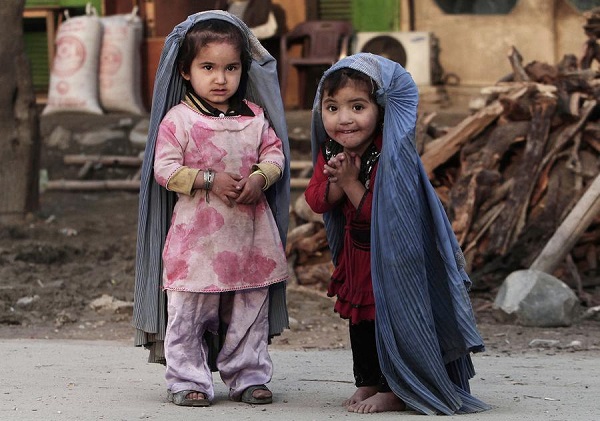 Children affected by the conflict lost a family member, witnessed battles or attacks, or sustained conflict-related injuries, the charity said in a report published on November 19.
Seven hundred adults and children were interviewed across four Afghan provinces for the report, which said a large proportion of minors suffers from symptoms such as depression and anxiety, and lack access to vital support services to help them cope.
Children were most scared on the way to school, parents interviewed for the report said.
According to the Save the Children, in some parts of the country, a staggering 95 percent of parents who were interviewed said their children had experienced conflict; in the capital Kabul, it was 65 percent.
“Children live in fear of explosives, gun violence and the sound of attack helicopters on their way to and at school, and also when they go to the market, or simply while playing outside with friends,” the survey finds.
It also added that only 30 percent of children feel safe at school, with girls feeling less safe than boys.
“Many of the children who were interviewed were too scared to even go outside,” it added.
According to a quarterly report published by the UN’s Assistance Mission in Afghanistan (UNAMA), last year was the deadliest year for Afghan children since the agency began documenting casualties caused by the conflict in 2009.
The UN report said that 927 children were killed and more than 2,100 others were injured in the Afghan war.