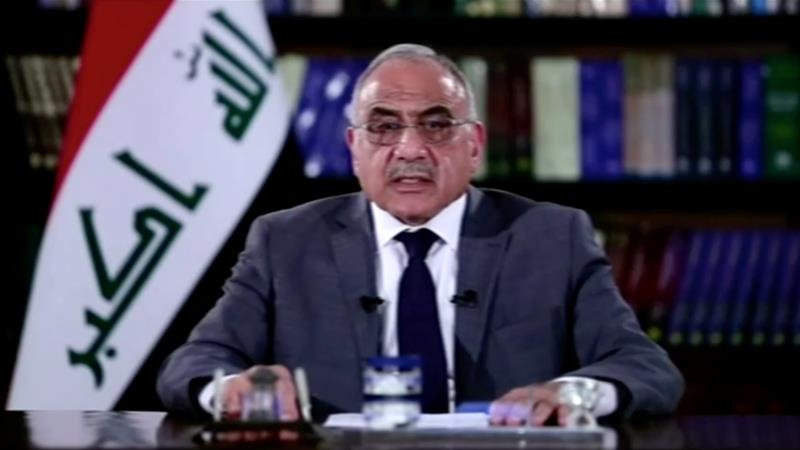 Parliament opened its session on Sunday afternoon and within minutes had approved Abdel Mahdi’s resignation, which according to the constitution renders him and the entire cabinet a “caretaker government.”
The speaker of parliament said he would now ask President Barham Saleh to name a new prime minister.
Earlier on Friday, Abdel Mahdi said he would submit his resignation to parliament, calling on nominating another premier ‘as soon as possible.’
Abdel Mahdi said that his resignation “is important in order to defuse tensions in Iraq.”
He noted that the Iraqi authorities are dealing with the protests in the country as peaceful, but stressed that some parts have exploited the demonstrations in a bid to create strife and sedition in Iraq.
Iraq has been for weeks gripped by protests calling for toppling government. Demonstrators have been protesting against corruption in the country and lack of basic services.
However, protests turned to be violent with some participants vandalizing public property and opening fire on demonstrators.