The supporters of “Stability and Partnership” electoral team staged a protest in Sar-e Pul province on Tuesday, local officials said. 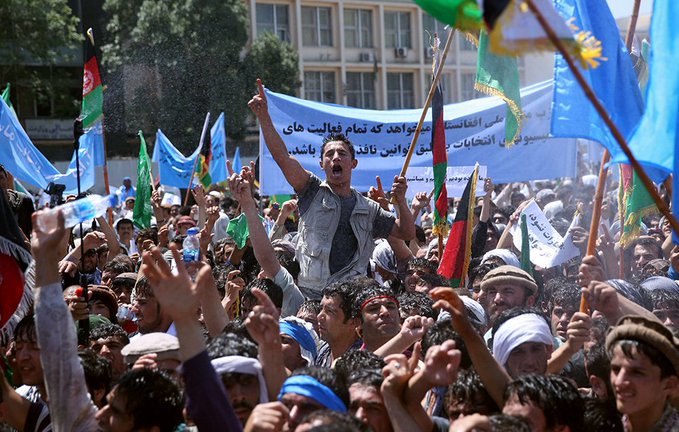