US envoy urges Afghanistan to act on school sex abuse 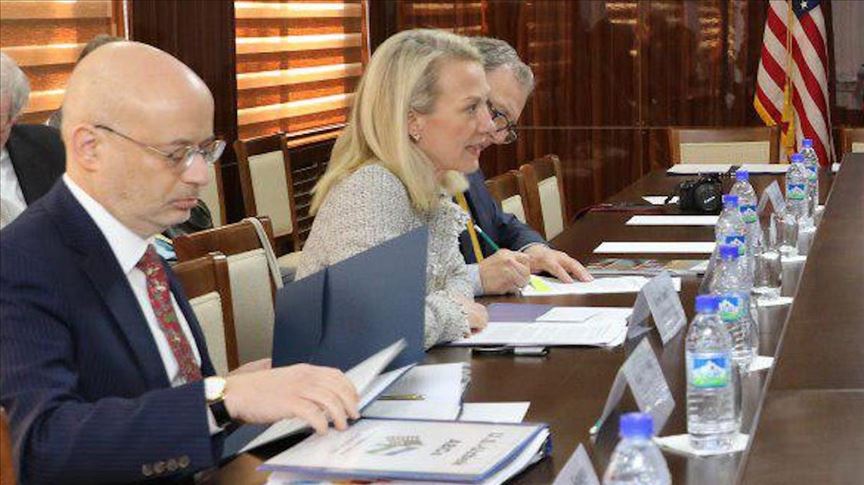 The U.S. has implored the Afghan government to act resolutely on reports of rampant sexual abuse of school children in Logar Province.
The head of State Department's South and Central Asia bureau urged Afghan officials and Kabul's attorney general "to take decisive action on deeply troubling reports of sexual abuse in Logar schools."
"Sexual violence and practices like bacha bazi have no place in any society," Alice Wells said in a tweet posted by the bureau. She was using an Afghan euphemism that translates to "boy play," but which is used to refer to the raping of young boys by older men.
Wells' call follows reports of mass abuse involving hundreds of boys who said they were raped either in their schools or by local officials whose help they sought after being victimized.
The pedophile ring is reported to span a number of schools, and some of the victims have been murdered, including some by their families.
The information was brought to light by two whistle-blowers -- Mohammad Mosa Mehmoodi and Ehsanullah Hamidi -- who were taken into custody by Afghanistan's spy agency on claims of spreading "false reports.”
The activists were released last Wednesday following widespread outrage at their arrest, which was carried out without court orders.
U.S. Ambassador to Afghanistan John Bass called their detentions a “Soviet-style” tactic, and Peter Prugel, Germany's Afghanistan envoy, slammed the "illegal" detention of the men, saying on Twitter "#HumanRightsDefenders are #NotATarget!"
That prompted President Ashraf Ghani to intervene in their detention, issuing directives to immediately hand over the activists to Afghanistan's national human rights institution.
Mehmoodi and Hamidi reportedly said they found more than 100 videos of abuse posted to Facebook, and believe thousands of additional victims from Logar likely exist.
But victims are commonly shamed or worse in Afghanistan, and perpetrators are rarely brought to account.
The U.S. has previously faced strong criticism for failing to take strong enough measures to get Afghanistan to remedy problems of child sexual abuse.
An internal watchdog report declassified in January 2018 found the U.S. military failed to prevent child sexual abuse perpetrated by Afghan troops that included enslavement of young boys.