Istanbul meeting of Heart of Asia to focus on regional consensus for peace: Afghan official

The 8th Ministerial Conference of Heart of Asia – Istanbul Process will focus on regional consensus on peace with the Taliban, an Afghan government official said on Sunday. 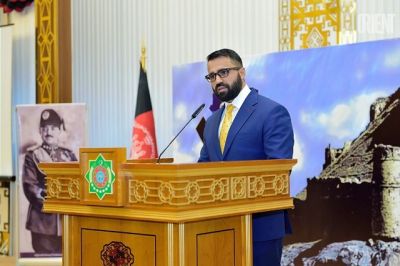 The foreign ministerial conference under the theme of Peace, Partnership and Prosperity will kick off tomorrow Monday in Istanbul. It will be inaugurated by Afghan President Ashraf Ghani and his Turkish counterpart Recep Tayyip Erdogan.
Mirwais Nab, Afghan deputy foreign minister for economy, said that creating a consensus over efforts for peace with the Taliban would be main priority for the Afghan government.
Meanwhile, Pakistan’s Ambassador Zahid Nasrullah Khan said that all Heart of Asia – Istanbul Process - member states agree on start of intra-Afghan negotiations and that they support reduction of violence in Afghanistan.
He also welcomed resumption of talks between the United States and the Taliban, hoping they would lead to reduction in violence and launch of intra-Afghan talks and ultimately national reconciliation.
The Heart of Asia – Istanbul Process – was launched in 2011 and has two chairs with Afghanistan as the permanent chair, and a co-chair from among the member states that shifts each year.
During the meeting, Turkey will hand over its co-chairmanship to Tajikistan.
The initiative aims to enhance regional cooperation towards Afghanistan, Turkish foreign ministry said in a statement.