Iran has launched the beta version of an indigenously-devised video-sharing platform after Google’s repeated attacks on Iranian media outlets. 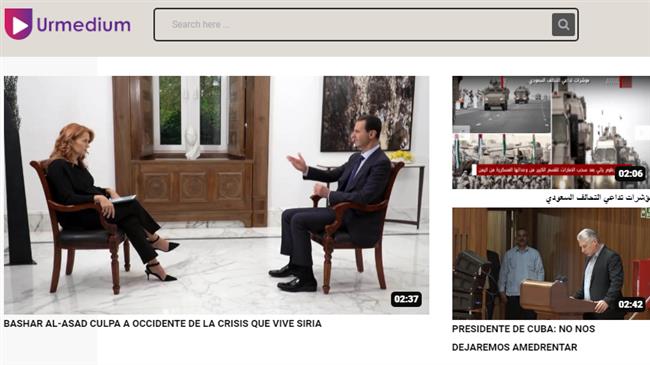 Urmedium boasts an interactive advertisement-free setting and a sizeable reservoir of downloadable content. The platform has already listed channels belonging to the two networks as well as a whole host of other Iranian and international, including Russian, outlets.
On Tuesday, Google stopped providing services to the country’s Press TV and Hispan TV, blocking access to their YouTube and Gmail accounts.
The two Iranian networks’ channels were taken down without prior notice. It marked the fifth time Google takes on Press TV, and a second time it targets Hispan TV in such a way.
Google Support says it may not provide any prior notice “in some urgent or extreme cases.” However, it has yet to explain for what “urgent” case it has “disabled” Press TV’s account.
Google has also deprived Press TV of its News service.
The Islamic Republic of Iran Broadcasting — which runs Press TV and Hispan TV as part of its World Service — has called such attacks clear examples of censorship.