A team of five Muay Thai fighters from Afghanistan--the B team--is participating in a competition hosted by the Uzbekistan Muay Thai Federation that runs from December 11 to 14. Three fighters have distinguished themselves. 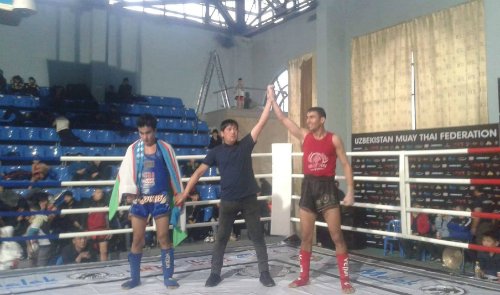