Gen. Soleimani laid to rest in hometown after revenge attacks on US bases

Senior Iranian commander Lieutenant General Qassem Soleimani, who was assassinated by the US in Iraq, has been laid to rest in his hometown Kerman, shortly after Iran’s Armed Forces launched retaliatory missile strikes on American bases in Iraq. 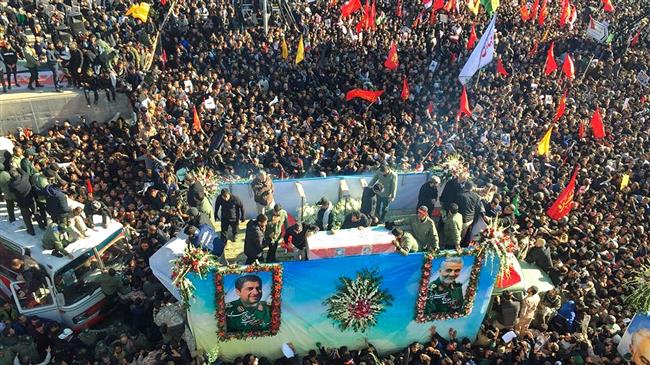