A car bomb explosion at a checkpoint near the parliament in the Somali capital, Mogadishu, has left at least four people dead and 10 others injured, police say. 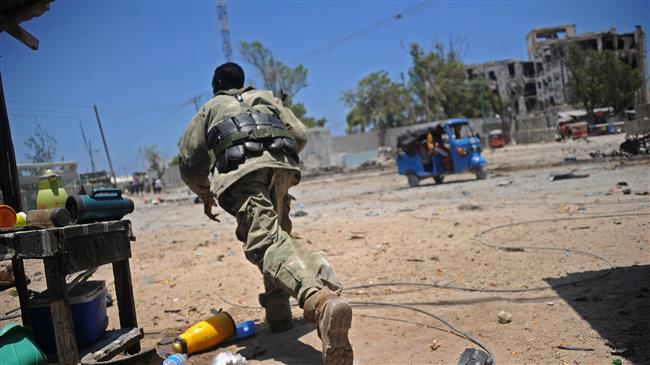 “Explosives were packed in a vehicle which the security forces think was trying to pass through the checkpoint but because he could not do that, the bomber detonated it,” said police officer Adan Abdullahi.
“Initial reports we have received indicate four people were killed and more than 10 others were wounded in the blast,” Abdullahi added.
The al-Shabab militant group claimed responsibility for the attack.
The blast came days after a massive car bomb explosion hit a busy security checkpoint in Mogadishu on December 28, killing at least 76 people and leaving dozens of others wounded.
The al-Qaeda-linked militants have been involved in militancy in Somalia for more than a decade.
In 2011, the terrorist group was pushed out of Somalia’s capital city with the help of African Union forces. However, al-Shabab still carries out deadly terrorist attacks against government, military, and civilian targets in the capital, as well as regional towns.
The militant group has fought successive Somali governments as well as governments in neighboring Kenya and Uganda.
Somalia has faced instability and violence since 1991, when the military government was overthrown.