At least 17 killed as extreme cold sweeps across Afghanistan

A severe cold snap killed at least 17 people in Afghanistan on Saturday, government officials said, as heavy snowfall and rain continued to lash parts of the country. 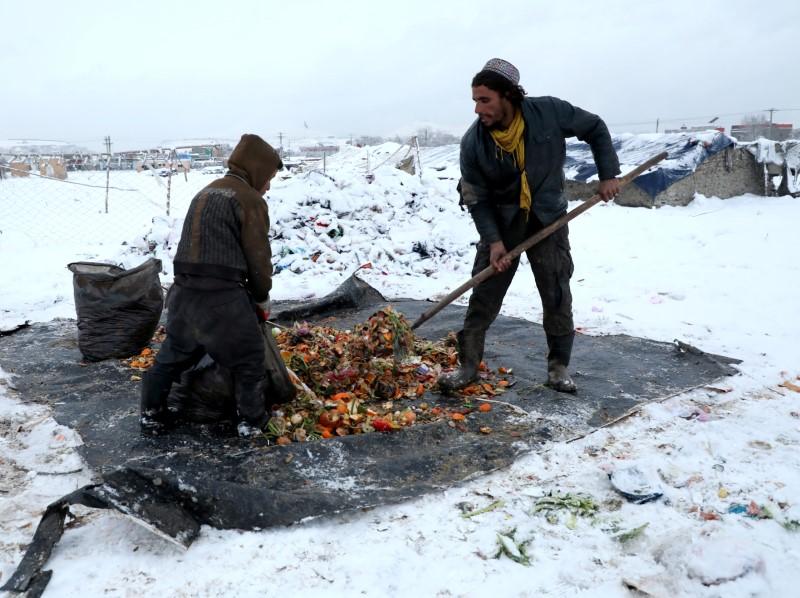 Afghanistan is no stranger to extreme winter weather, during which various warring groups in the country have historically ceased hostilities, but this year has been particularly harsh, according to the country’s metrological department.
The officials said the death toll could rise further, with Afghanistan’s Natural Disaster Management Authority still trying to compile a total figure.
“We were not expecting such a bad cold wave in the country,” Tamim Azimi, a spokesman for the Natural Disaster Management team told media.
“We have received reports that heavy snowfall has caused casualties, but at the moment we don’t have information on the exact number,” he said.
Saturday’s deaths bring the number of casualties from this year’s cold snap to at least 24, as temperatures in parts of the country dropped to minus 12 degrees Celsius (10 Fahrenheit).
Heavy snowfall has closed many key roads since the New Year, including the Salang Tunnel connecting central Afghanistan with the north of the country, and the Kabul-Kandahar highway.
Afghanistan’s western province of Herat has also been hit badly. On Saturday, heavy snow caused the roofs of two houses to collapse, killing at least eight people, including women and children, a spokesman for the province’s governor said.
Other parts of the country have experienced heavy rainfall.
“We’re now expecting more cold waves in the coming weeks,” said Mohammad Nasim Muradi, the head of the forecasting wing of the meteorological department.
The United Nations had previously estimated that at least nine million Afghans are in need of humanitarian aid, including basic food and housing amid a drawn out war that has so far displaced hundreds of thousands of people.