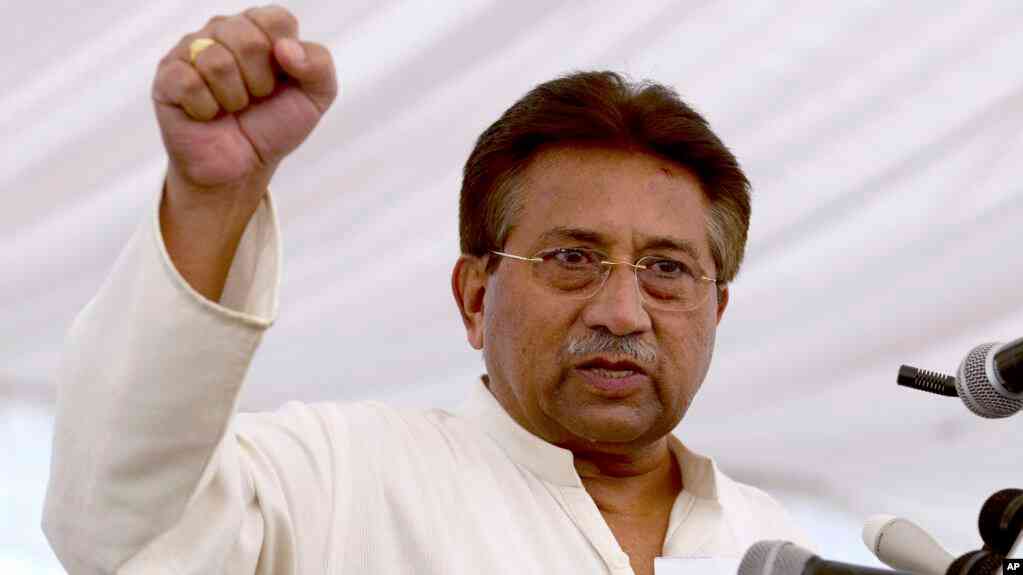 The original ruling had marked the first time a former leader of the armed forces had faced such a sentence for treason in Pakistan, where the military maintains strong influence and senior officers are often considered immune from prosecution.
It caused huge controversy, with Musharraf -- exiled in Dubai -- slamming it as a "vendetta", and the military expressing its disappointment.
A High Court in the eastern city of Lahore ruled it "illegal" on Monday.
"The filing of the complaint, the constitution of the court, the selection of the prosecution team are illegal, declared to be illegal... And at the end of the day the full judgment has been set aside," the prosecutor representing the government, Ishtiaq A. Khan, told AFP.
"Yes, he is a free man. Right now there is no judgment against him any longer," Khan added.
Musharraf's lawyer, Azhar Siddique, also told media outside the court in Lahore that it had "nullified everything".
The prosecution now has the option to file a new case against Musharraf with the approval of the federal Cabinet.
However Saroop Ijaz, a senior lawyer in Lahore who is not affiliated with the case, said that unless the High Court orders the government to do so in its detailed verdict, he doubts any further action will be taken.
The case was initially filed by former premier Nawaz Sharif, he explained -- not the current government of Prime Minister Imran Khan, whose "political view is absolutely clear -- they don't want to pursue this case. They took a very clear position after the special court's ruling."
Khan is believed to be close to the military, and several members of his government had condemned the special court's ruling when it was first announced last year.
Source : Afghan Voice Agency(AVA)
Monday 13 January 2020 17:53
Story Code: 200571 Copy text available
Pakistan’s army chief confirms death sentences of 11 terrorists
Featured news
Coronavirus: 6 of 103 Cases Test Positive
How India Came Around to Talking to the Taliban
Afghan Cricketers' Test Match with Australia Postponed
Worldwide coronavirus cases cross 32.34 million, death toll at 983,486​
Ghani, Imran Khan Discuss Afghan Peace, Say Ceasefire Needed
UK Defence Secretary Says They Fought ‘Illegal Wars’ In Afghanistan, Iraq
1
Ghani in UN Speech Reiterates Call for Ceasefire
2
Trump Decisions to Repeat 9/11, Says Former US Security Advisor
3
Abdullah to visit Pakistan, says both sides have ‘grievances’
4
Afghan Forces Repulse Panjshir Attack
5
14 Afghan Forces Killed in A Taliban Attack
6
Khalilzad testifies before House Committee, says pact with Pakistan possible
7
Afghan, Pak Officials Discuss Abdullah’s Upcoming Pakistan Trip
8
Taliban Forced Thousands of Women into Marriage when in Power: Saleh
9
Abdullah: Some Freed Taliban Prisoners Have Returned To The Battlefront
10
Andarabi: Taliban's New Tactic is 'Spreading Chaos' with IEDs