Over 130 prisoner rights abuses committed in Bahrain in December: Opposition

A new report on the human rights situation in Bahrain shows that authorities committed more than 130 cases of abuse against imprisoned anti-regime activists and political dissidents last December as the ruling Al Khalifah regime presses ahead with its heavy-handed clampdown on pro-democracy campaigners in the Persian Gulf kingdom. 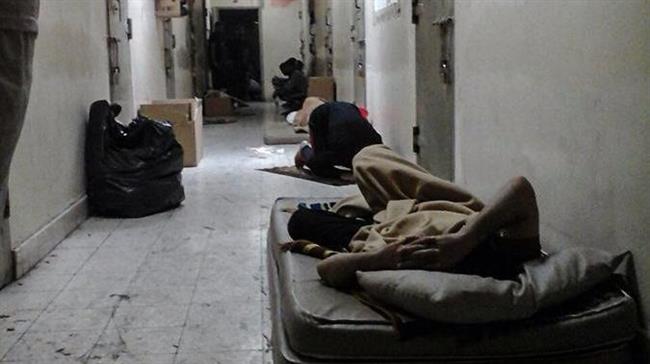 The report, released by Bahrain's main opposition group, the al-Wefaq National Islamic Society, said a total of 133 violations against 105 prisoners of conscience were recorded in Bahraini prisons and detention centers last month.
It noted that the abuses included 103 cases of denial of treatment, six cases of forced disappearance and 126 raids on homes and residential buildings during the mentioned period.
Moreover, a total of 25 people were arrested to be handed over to judicial authorities.
The report further disclosed that Bahraini courts also handed down prison sentences, totaling to 403 years and six months, to 49 dissidents last month, and ordered them to pay financial fines, amounting to 1,700,600 dinars ($4,511,577).
Thousands of anti-regime protesters have held demonstrations in Bahrain on an almost daily basis ever since a popular uprising began in the country in mid-February 2011.
They are demanding that the Al Khalifah regime relinquish power and allow a just system representing all Bahrainis to be established. Manama has gone to great lengths to clamp down on any sign of dissent. On March 14, 2011, troops from Saudi Arabia and the United Arab Emirates were deployed to assist Bahrain in its crackdown.

On March 5, 2017, Bahrain’s parliament approved the trial of civilians at military tribunals in a measure blasted by human rights campaigners as being tantamount to imposition of an undeclared martial law countrywide.
Bahraini King Hamad bin Isa Al Khalifah ratified the constitutional amendment on April 3, 2017.