Iran will send to Kiev the black boxes of a Ukrainian passenger plane that was mistakenly downed near the capital, Tehran, this month, the Civil Aviation Organization of the Islamic Republic of Iran (CAO.IRI) says. 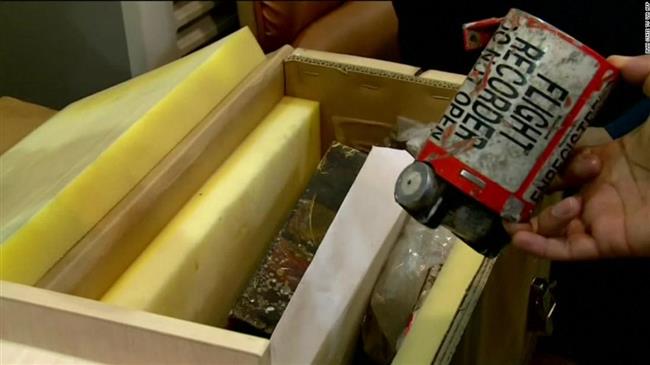 The director in charge of investigations at the organization, Hassan Rezaeifar, said on Saturday that the decision was made in response to a request by the Ukrainian government, Iran's Tasnim news agency reported.
He added that several meetings had been held with a Ukrainian team of experts and it was decided that “the black boxes will not be read in Iran."
"We will try to read [the information on] the FDR (flight data recorder) in Kiev with the use of the expertise of the countries of France, Canada and America," he said.
"If this effort is not successful, the black box will be transferred to France," the official added.
Carrying 167 passengers and nine crewmembers, Ukraine International Airlines flight PS752 crashed outside Tehran's Imam Khomeini International Airport on January 8, moments following takeoff after being mistakenly identified by Iranian air defenses with an incoming cruise missile.

The General Staff of the Armed Forces of the Islamic Republic said on January 11 that the plane had flown close to a sensitive military site and been brought down due to human error "at a time of crisis caused by US adventurism."
The head of the Aerospace Division of the Islamic Revolution Guards Corps (IRGC), Brigadier General Amir Ali Hajizadeh, also explained that the air defense system involved had erroneously identified the aircraft as a hostile missile.
He added that the operator in charge had then tried to seek permission for the launch, but a communication breakdown prevented him from doing so, and forced him to decide within a “10-second” time span whether to act of his own accord or not.
Among the victims were also citizens from Canada, Ukraine, Sweden, Afghanistan and the United Kingdom.
The Islamic Republic’s Armed Forces were on the highest level of alert at the time of the incident after US President Donald Trump threatened to strike 52 targets inside Iran if the country sought to avenge the US’s earlier assassination in Baghdad of Lieutenant General Qassem Soleimani, who commanded the Quds Force of the IRGC.
Iranian Foreign Minister Mohammad Javad Zarif warned on Friday against any attempt at taking political advantage of the recent tragedy involving unintentional shooting down of the plane.
“Politicization of this tragedy must be rejected. Focus on victims’ families,” Zarif tweeted after a meeting with Francois-Philippe Champagne, his counterpart from Canada.