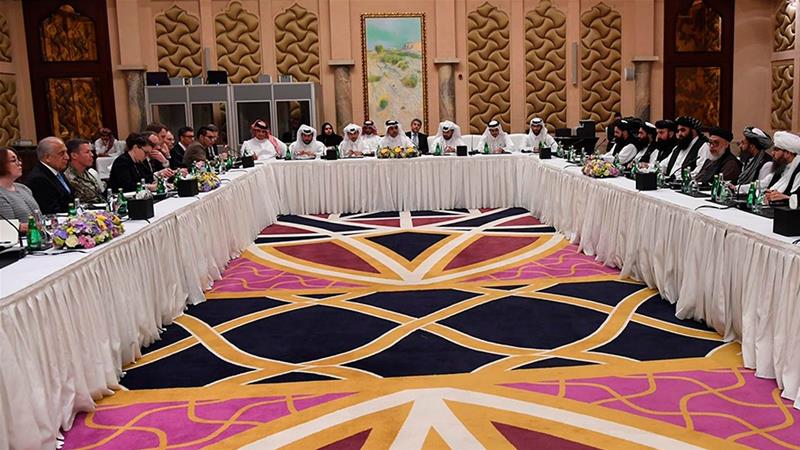 The Afghanistan government has demanded a complete ceasefire as a way forward for peace talks in response to a reported 10-day truce offer by the Taliban.
On Friday, Reuters News Agency reported that the Taliban will implement the short ceasefire with United States troops, a reduction in violence with Afghan forces, and hold discussions with Afghan government officials if it reaches a deal with US negotiators in peace talks in Doha, according to two sources close to the matter.
But on Saturday, Presidential spokesman Sediq Sediqqi told a news conference in Kabul that the Afghan people and the government reject the proposed "reduction in violence" by the Taliban as an "ambiguous term with no legal or military parameters".
"Any suggestion the Taliban have shared with the US must include ceasefire as it is the demand of our people," Sediqqi said as reported by local media outlet TOLO news.
Sediqqi said the peace process "would not achieve any results without the role of the Afghan government".
"Peace is ours, we should remain involved," he added.
Taliban and US negotiation teams met on Wednesday and Thursday to discuss the signing of a peace deal, according to a spokesman for the Taliban's office in the Qatari capital.
If an agreement is signed, it could revive hopes for a long-term solution to the conflict in Afghanistan, where the US is involved in its longest war yet.
Al Jazeera's Zein Basravi, reporting from Kabul, said there was hope that if the US and the Taliban agree on a long-term reduction in violence, it could also lead to a deal between Taliban and other Afghan stakeholders.
"The hope by the US is that even a short reprieve would be welcome as talks have been stalling for so long," he said.
A US State Department spokeswoman declined to comment on the ceasefire.
'Short reduction in violence'
Initial reports suggested that a ceasefire lasting up to 10 days will be implemented if an agreement between the Taliban and the US is reached. Basravi said members in the leadership structure of the Taliban in Afghanistan, as well as from the negotiating team in Doha, could not confirm to Al Jazeera any specific timeline.
"But they can say that they have agreed in principle, in a letter that was delivered to the US negotiators, for a short reduction in violence," he added.
Agreement expected 'very soon'
A senior Taliban commander told Reuters that once an agreement for the ceasefire is in place, the Taliban and Afghan government could meet in Germany.
Previously, the Taliban had refused to engage in talks with the Afghan government, calling it a "puppet regime" of the US.
"Our representatives have been meeting with the US negotiation team in Doha and they persistently demanded a ceasefire which we had declined due to some issues," the Taliban commander said, as reported by Reuters on Friday. "Now most of our reservations have been addressed."
Another source close to the talks confirmed the commander's version of events.
A date for the signing of the agreement with the American side has not been set, but the Taliban commander said he expected it to be "very soon".