A sculpture that was stolen from the National Museum of Afghanistan in Kabul almost 30 years ago is to be returned to its country, the British newspaper the Guardian reported. 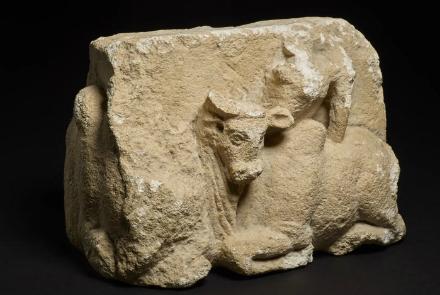 Carved in the 2nd century from limestone, the sculpture of two bulls was excavated in the 1950s in northern Afghanistan but was looted during the civil war in the early 1990s, according to the Guardian report.
Where the piece went after being looted is unknown, but they it was spotted by the Art Loss Register (ALR), which has an international database of stolen artworks, on the website of Timeline Auctions, and reported to the police, the report said.
The seller immediately relinquished ownership and its status was confirmed by the British Museum, where Dr St John Simpson, a senior curator, recognised the sculpture immediately. “It’s a very well-known, unique piece,” he told the Observer, the Guardian said in the report.
Tags:
Ancient Masterpiece Returns to Afghanistan
Source : Afghan Voice Agency(AVA)
Sunday 19 January 2020 11:58
Story Code: 201133 Copy text available
Featured news
Taliban Deal Is Promising But Not Without Risk: Esper
Five Taliban Insurgents killed, 25 IEDs Defused in Kandahar: SOC
Afghan Refugee Crisis Not Over Yet: UNHCR
US Officials to Ghani: Peace Agreement Is Conditions-Based
General Suleimani’s Will Urges All Muslims to Preserve Unity in Face of US Intervention
Death toll from coronavirus outbreak exceeds 1,350
1
Afghan immigrants come into focus in “To Die in the Pure Water”
2
Iran, Pakistan establish joint working group to boost technological cooperation
3
Iran says dealt with large-scale DDoS cyber attack
4
Iran invites Lebanon to organize cultural week in Tehran
5
Afghan documentary Learning To Skateboard In A Warzone (If You're a Girl) Wins Oscar
6
Iran's Zafar satellite launched successfully, fails to reach orbit
7
Iran’s 38th Fajr Film Festival closes with award-giving ceremony