A parliamentary delegation who has recently visited security situation in the western province of Farah, alleges of the sale of military tanks in black market. 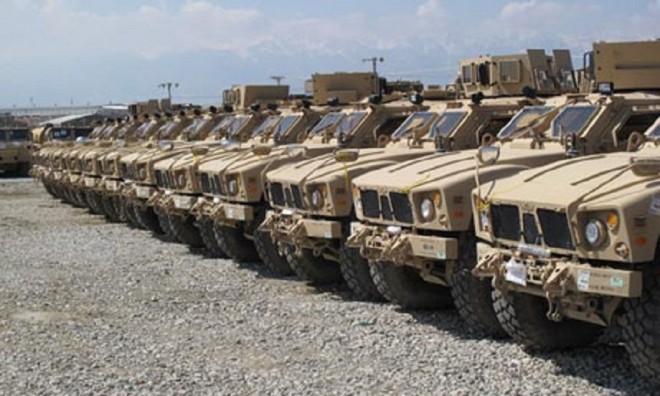 Farah is bordering Iran and is one of unsafe provinces in the west with Taliban controlling five districts as the parliament delegation said Tuesday.
The insurgents in a massive assault took briefly control of provincial capital in 2018.
The delegation said in a report that the US-donated Humvee military vehicles, tanks and other army equipment are on sale in the black market. According to the report, one Humvee is sold for 25,000 dollars, a very higher price than its original price.
The Humvees are bought by mafia who hand to Taliban militants to use against security forces, according to the report, which didn’t elaborate who are the sellers of military tanks and vehicles.
It said that only the provincial capital is relatively secure, while five of 10 districts (Bakwah, Golestan, Khak-e-Safid, Bala Boluk and Shibkooh) are under Taliban control.
According to the report, militants have military outposts under besiege in the districts of Posht Kooh and Qala Kah that government is unable to arm and equip them through land. The Farah-Herat highway is also in control of the insurgents.
Taliban fighters are armed with sophisticated weapons and modern armaments, but security forces are deprived from such sources.