A spokesman for the Taliban has told a Pakistani newspaper that the militant group is hoping to reach an Afghan peace deal with U.S negotiators by the end of January. 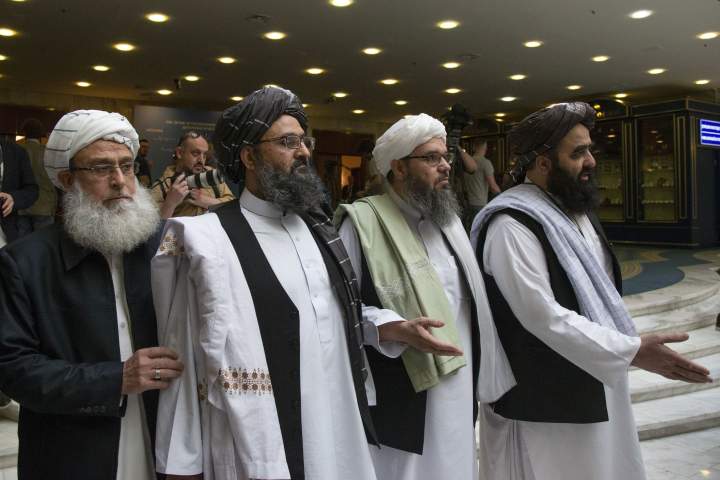 The comments by Suhail Shaheen on January 18 to the Dawn newspaper come after negotiators from the Taliban and the United States met for two days of talks in Qatar.
Shaheen said in a post on Twitter on January 17 that the meetings on January 16 and 17 had been "useful." He said the discussions had focused on the signing of a joint agreement and a related ceremony without elaborating.
The U.S. team, led by Zalmay Khalilzad, has not spoken publicly about the negotiations. But Reuters quoted two sources as saying the Taliban was ready to agree to a 10-day truce with U.S. forces, as well as a reduction in violence with Afghan forces and talks with Afghan officials if a deal is reached.
Shaheen on January 18 said Taliban militants were ready to scale back militant attacks ahead of the anticipated signing of the deal with U.S. negotiators.
"We have agreed to scale down military operations in days leading up to the signing of the peace agreement with the United States," Shaheen told Dawn.
'A Matter Of Days'
He added that the Taliban was "optimistic" a deal with Washington could be signed before the end of the month and that the reduction in fighting across the country would also include the targeting of Afghan forces.
"It's now a matter of days," said the spokesman.
Analysts say that, if an agreement is clinched, it could revive hopes for a long-term solution to the conflict in Afghanistan.
U.S. forces have been in Afghanistan since their 2001 invasion to drive out the Taliban following the September 11 terror attacks in the United States.
The Taliban controlled Afghanistan at the time and harbored Osama bin Laden, the mastermind behind the attacks.
U.S. President Donald Trump has expressed his desire to remove the estimated 13,000 U.S. troops remaining in Afghanistan in America's longest war.
Over the past year, neighboring Pakistan has helped facilitate talks between Khalilzad and the Taliban in Qatar, where the militants have a political office.
But the talks have repeatedly stalled, with Washington calling on the group to reduce violence, among other things.
An Afghan presidency spokesman said a ceasefire was the only way to achieve a sustainable and dignified peace.
"To achieve lasting peace, which is the demand of the Islamic Republic of Afghanistan and the people, is the only way to achieve a cease-fire," Sediq Sediqqi said in a post on Twitter.
"Any cease-fire that is proposed as a fundamental step will be acceptable to the people and the government," he added.