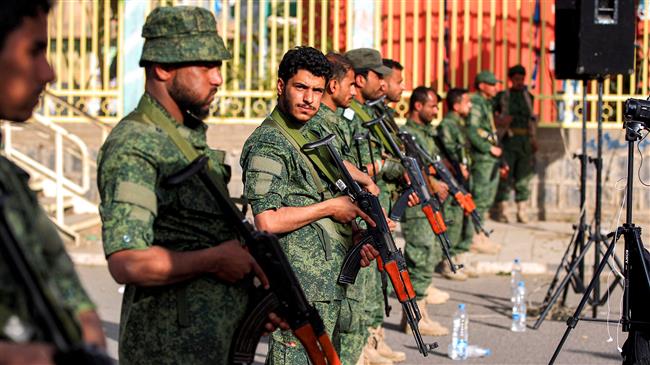 Yemen's al-Masirah TV channel reported on Friday that the Houthis, which have been defending war-wracked Yemen against the Saudi aggression, advanced west of the city of Ma’rib, retaking several sites from the Saudi-led militants loyal to former Riyadh-backed President Abd Rabbuh Mansur Hadi.
The Yemeni fighters, it added, are currently on the western outskirts of Ma'rib, their first presence in the area since the start of the Saudi war in 2015.
The Houthis' latest advance comes at a time that pro-Hadi militants attempt to capture areas they had lost in Ma'rib's neighboring al-Jawf Province.
The Yemeni forces launched an operation, dubbed al-Bunyan al-Marsoos, late last month in a bid to liberate the militant-held areas in Ma'rib and adjacent regions. The operation came after the Houthis managed to fend off an attack by the Hadi loyalists in the Nehm district of Sana'a province.

Saudi Arabia and a coalition of its vassal states launched the war on Yemen in March 2015 in an attempt to reinstall the Hadi regime and eliminate the Houthis.
The military aggression, coupled with a naval blockade, has killed and injured hundreds of thousands of people, and plunged Yemen into what the UN says the world's worst humanitarian crisis.