Over 100 US forces diagnosed with brain injuries from Iran strikes: US officials

The US military is reportedly planning to announce a more than 50-percent rise in the number of cases of traumatic brain injury (TBI) among its soldiers following Iran’s retaliatory strikes on an American military base in Iraq last month. 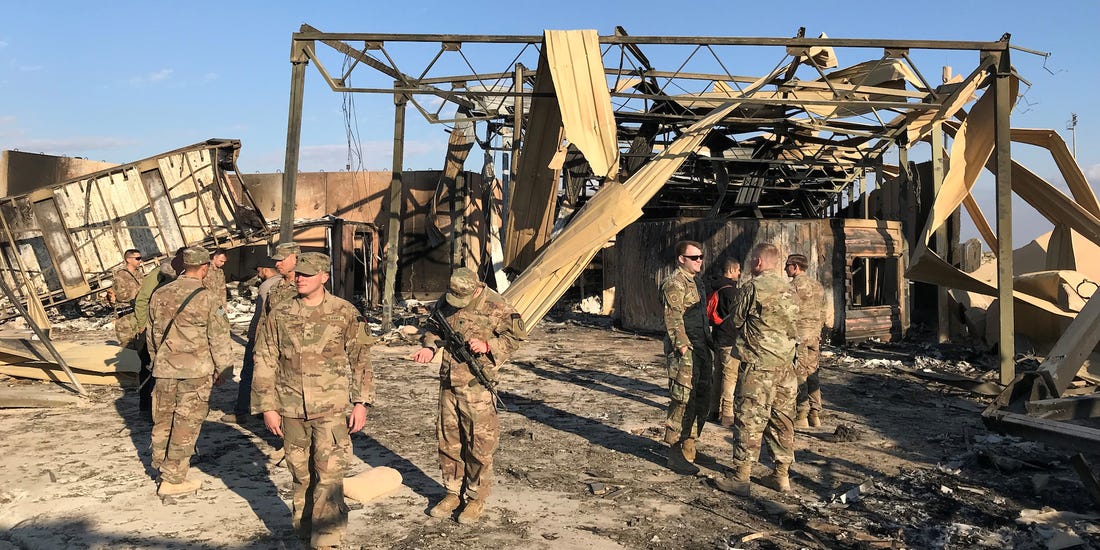 The officials, who spoke on condition of anonymity ahead of the announcement, told Reuters on Monday that there were over 100 cases of TBI after the attacks, up from the 64 previously reported last month.
The Pentagon had stated weeks after the strikes that the numbers were expected to increase because the TBI symptoms could take time to manifest.
On January 8, Iran's Islamic Revolution Guards Corps (IRGC) fired volleys of ballistic missiles at the Ain al-Assad airbase in the western Iraqi province of Anbar.

The missile operation was in response to the January 3 assassination by US terrorists of Lieutenant General Qassem Soleimani, commander of the IRGC’s Quds Force, and Abu Mahdi al-Muhandis, the second-in-command of Iraq’s Popular Mobilization Units (PMU), and a group of their companions in Baghdad. The cowardly operation was conducted under US President Donald Trump’s direction and the US Department of Defense took full responsibility for the assassination.
Both commanders enjoyed deep reverence among Muslim nations over their endeavors in eliminating the US-sponsored Daesh Takfiri terrorist group in the region, particularly in Iraq and Syria.
At the White House, Trump adamantly denied the Iranian missiles left any casualties. But Tehran said the US military conducted at least nine sorties after the operation, taking the wounded to Jordan and the Israeli-occupied territories, while Chinook helicopters transferred the injured to a US hospital in Baghdad.
Out of despair and under pressure from Congress, the Trump administration has gradually announced casualties from the Iranian attack, most recently claiming that 64 US troops have been diagnosed with traumatic brain injuries.

About 408,000 service members have been diagnosed with the injury since the year 2000, according to Pentagon data.
Iraqi lawmakers unanimously approved a bill last month that calls for the withdrawal of all US-led foreign troops from the Arab country in the wake of the assassination of the two top commanders.