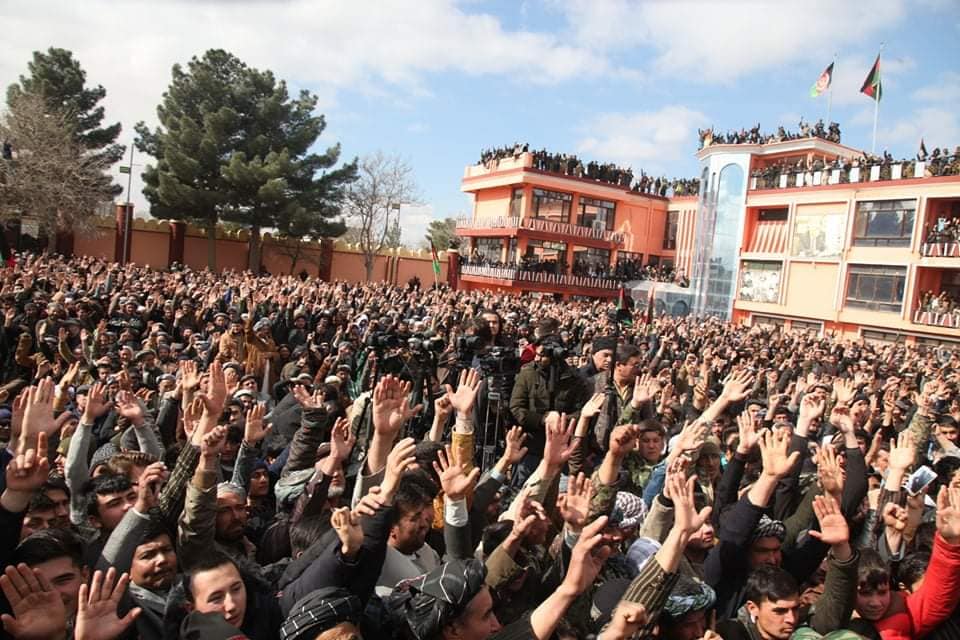 Speaking among his supporters in Jawzjan earlier today, Dostum said the incumbent President Mohammad Ashraf Ghani’s team (State Builder) has either pressurized, bribed the Independent Election Commission or has promised positions in the government.
Dostum urged his supporters not to remain silent and prepare to celebrate the formation of the government led by Abdullah Abdullah.
The Independent Election Commission (IEC) announced the final election results late on Tuesday, declaring Ashraf Ghani as the President of Afghanistan.
According to IEC, Mohammad Ashraf Ghani secured 50.64% of votes while Abdullah Abdullah and Gulbuddin Hekmatyar received 39.53% and 3.85% of the votes respectively.
The total turnout for Afghanistan’s 2019 presidential election was 1,823,948 which makes less than 5% of Afghanistan’s population if the whole population is assumed 40 million. Ghani won the election securing less than 2.5% of the nation’s votes.
However, Abdullah rejected the final results and vowed that he would soon establish an inclusive government.
Speaking during a press conference late on Tuesday evening, Abdullah asked his supporters to stand against injustice and fraudulent votes.