With approaching the time of signing of peace agreement between the US-Taliban, efforts have been increased to pave the way for beginning of peace talks between the Afghan government and Taliban. 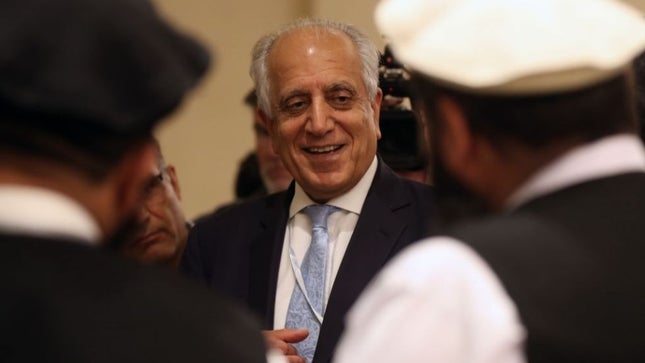 According to Afghanistan’s presidential spokesman, the government is working jointly with Americans on details of solution of violence reduction. In a meeting held the other day with the participation of ANA Army Corps Commanders in the presidential palace, substantial discussion took place on practical measures during the violence reduction days.

Spokesman Sediq Sediqqi said that the government has been working on a plan of remarkable reduction of violence and during talks discussion will take place on ceasefire.

In a message to media, spokesman of Taliban Qatar office Suhail Shaheen has said “that agreement between Americans and Taliban will be signed at the end of current month. Based on the agreement and prior to intra-Afghani talks, 5000 Taliban prisoners will be released”.

But the Afghan government says that at present there is no plan on release of prisoners and the peace agreement doesn’t mean US withdrawal from Afghanistan. Americans are expected to remain in Afghanistan as an ally, so way be paved for a sustainable peace.

The new ambassador of the US in Kabul touching the primary agreement (violence reduction) between the Americans and the Taliban has said that the US and NATO would remain committed to Afghanistan and would not leave it alone.

Addressing Peace and Economy Dialogue, Rass Wilson said contrary to USSR who escaped in 1991 from Afghanistan and a new round of violences and wars started in Afghanistan, this time, the US NATO, Norway, Australia and our many other allies as well as all American government and non-government bodies would remain committed to support Afghanistan.
These statements of the US ambassador in Afghanistan are expressed at a time that with beginning of round of violence reduction in Afghanistan, a number of Afghan citizens are concerned on achievements of the last 18 years. Calling important and difficult the peace talks, the US ambassador emphasize that security and political issues would be the most important discussions of these talks. The achievements include human rights, women rights, freedom of expression etc.
The representatives of the government will be sitting on a single table infront of opponents therefore they should adopt a strong position.

Every scoring based on a political deal would lead the country to a new crisis. The Afghan government takes calculated steps after consulting the politicians so to be secure from the deception of enemies. Simultaneous with approaching of peace talks, concerns of women rights advocates on the contents of the US-Taliban accord have been increasing. Women alliance on peace in a meeting in Kabul on Tuesday emphasized that women rights should be guaranteed during and after the talks.