A seven-day period of reduced violence between the militant Taliban and Afghan government forces and their international allies has started. 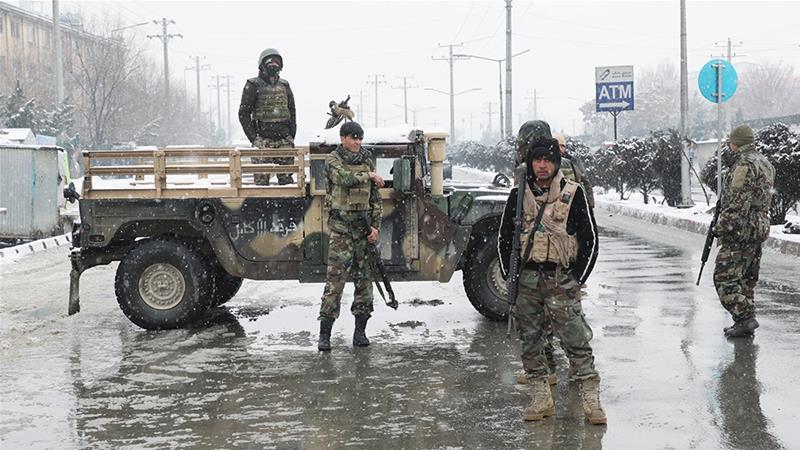 Re-elected Afghan President Ashraf Ghani had announced the starting time of midnight on Friday in a televised speech.
Earlier on Friday, US Secretary of State Mike Pompeo declared the US had reached an understanding with the militant Taliban about a significant reduction in violence.
Ghani said all Afghan forces would be in active defence positions, and would closely monitor the situation.
He added that operations against other terrorist groups including ISIS militants and al-Qaeda would be continued during the week-long period.
In the meantime, Taliban spokesman Zabiullah Mujahid said in a statement on Friday night that their militants were being ordered to "act upon orders during the next seven days".
According to the statement, Taliban militants were barred from going to areas controlled by the Afghan security forces.
The reduction in violence is seen as a test of the Taliban's control of their ranks and their commitment to peace.
According to Pompeo, if the reduction in violence is successfully implemented, the signing of an agreement between the US and the militants could "move forward". A signing ceremony is being prepared for February 29.
The Taliban said that the finalised accord will be signed in the presence of international observers.
Pompeo added that talks between different Afghan groups would begin soon afterwards to build upon this "fundamental step to deliver a comprehensive and permanent ceasefire".
The only way to achieve peace in the country is for Afghans "to come together and agree on a way forward", he added.
The conflict, which began with the US invasion of Afghanistan in the wake of the September 11 terrorist attacks in 2011, has claimed the lives of tens of thousands of civilians and tens of thousands of Afghan security forces.