Parallel governments will be harmful to Afghan people, warns US diplomat

Parallel Afghan governments are not the answer, and will be harmful to the Afghan people, a top US diplomat said on Thursday. 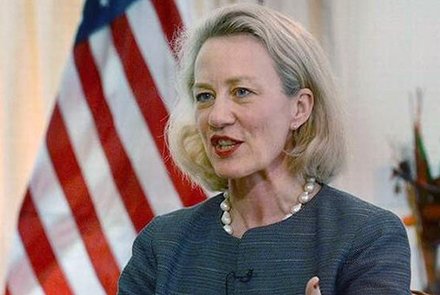 Alice Wells, the US Principal Deputy Assistant Secretary of State for South and Central Asia, said on Twitter that Afghan leaders must prioritize and protect unity of the nation.
"The impasse over governance must end," Wells said.
President Ashraf Ghani and his political rival Abdullah Abdullah held parallel inauguration ceremonies 10 days ago, after a disputed election.
"It is time for Afghans to compromise and put their differences aside to resolve the political crisis resulting from elections and dual inaugurations," US peace envoy Zalmay Khalilzad said on Twitter on Thursday.
"This crisis undermines security. Coronavirus poses a mortal threat and requires Afghans to put their country, and its people, first. It is a matter of life and death," Khalilzad said.