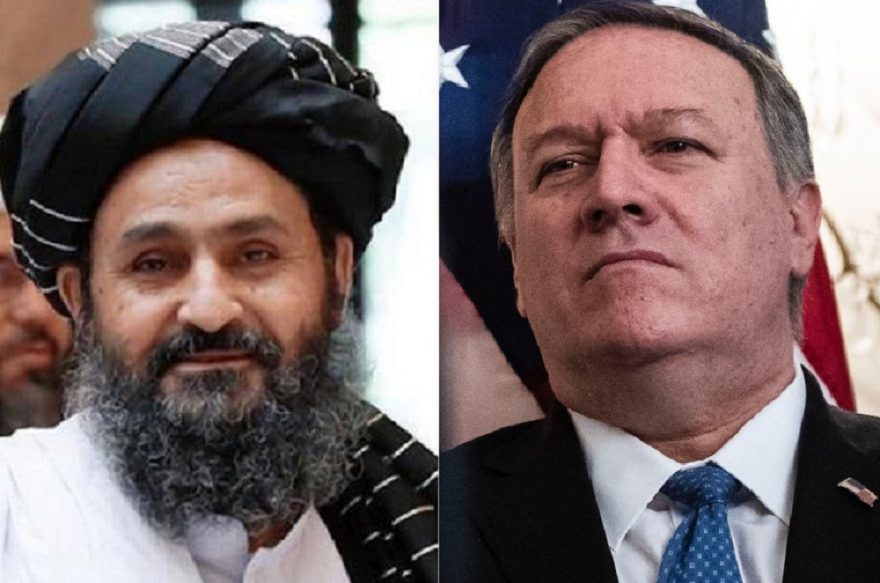 Suhail Shaheen, a spokesperson for the political office of Taliban in Qatar said Mullah Baradar met with Pompeo in Doha, the capital of Qatar.
He said the two sides held talks on better implementation of peace deal and immediate release of prisoners so that Afghans can reach to an agreement on future political setup, lasting peace and ceasefire.
This comes as the State Department earlier announced that Washington is cutting $1 billion in economic assistance to Afghanistan in reaction to ongoing political impasse.
According to a statement released by State Department, Washington is prepared to further reduce its assistance to Afghanistan by additional $1 billion next year.
The statement further added “The United States deeply regrets that Afghan President Ashraf Ghani and former Chief Executive Abdullah Abdullah have informed Secretary Pompeo that they have been unable to agree on an inclusive government that can meet the challenges of governance, peace, and security, and provide for the health and welfare of Afghan citizens.”
“Because this leadership failure poses a direct threat to U.S. national interests, effective immediately, the U.S. government will initiate a review of the scope of our cooperation with Afghanistan,” the State Department said, adding that “Among other steps, we are today announcing a responsible adjustment to our spending in Afghanistan and immediately reducing assistance by $1 billion this year. We are prepared to reduce by another $1 billion in 2021.”