United Nations Secretary-General, Antonio Guterres on Wednesday condemned the Kabul Gurudwara terror attack which killed 27 civilians, and expressed his condolences to the families of the victims and wishes to those injured. 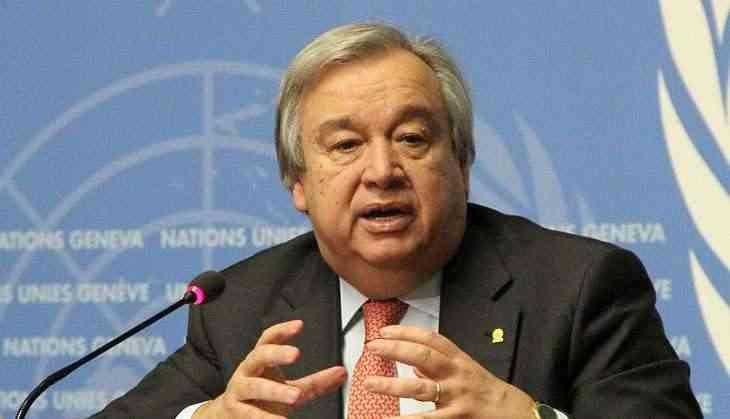 "The Secretary-General condemns the attack today in Kabul on a Sikh-Hindu temple in which dozens of civilians were killed and injured. He expresses his deepest sympathies to the families of the victims and wishes a speedy recovery to those injured," Stephane Dujarric, Spokesperson for the Secretary-General said in a statement.
"The United Nations stands in solidarity with the people and the Government of Afghanistan and will continue supporting efforts to bring peace to their country," he added.
Earlier, US Secretary of State Micheal Pompeo on Wednesday had also condemned the Kabul Gurudwara terror attack which killed over two dozen people and wounded eight others.
"I want to address the ISIS-K claimed attack in Afghanistan. The United States condemns the horrific ISIS-K claimed the attack on a Sikh temple and community centre in Kabul this morning which took the lives of more than two dozen innocent people. The Afghan people deserve a future free from ISIS-K and other terrorist activity," said Pompeo in a statement.
Prior to Pompeo, India had also expressed its condolences to the Sikh community of Afghanistan. MEA said: "We convey our sincerest condolences to the immediate family members of the deceased and wish a speedy recovery to the injured. India stands ready to extend all possible assistance to the affected families of the Hindu and Sikh community of Afghanistan."
The statement further said, "Such cowardly attacks on the places of religious worship of the minority community, especially at this time of COVID 19 pandemic, is reflective of the diabolical mindset of the perpetrators and their backers."