The Organization of Islamic Cooperation (OIC) calls on all warring parties in Afghanistan to contribute to tackling the Coronavirus rather than fighting with each other. 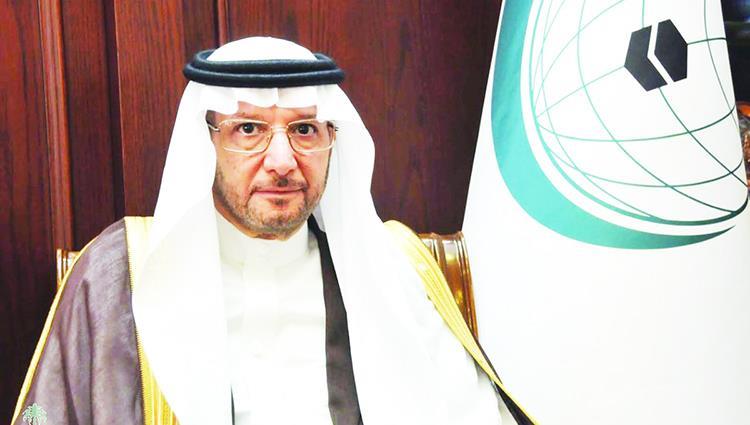 Secretary-General of the OIC Yousef bin Ahmed Al-Othaimeen in a statement urged all laterals to engage in a dialogue to reach comprehensive reconciliation and lasting peace within the framework of the Afghan-owned, Afghan-led peace process.
“Yousef bin Ahmed Al-Othaimeen renewed his appeal to all leaders and parties in Afghanistan to work together for an urgent and lasting cease-fire and to reduce violence,” the statement said.
Yousef emphasized that during the current trying time all leaders and parties should support the preventive efforts and measures taken by the government to slow down the spread of the Coronavirus (COVID-19) and protect its citizens from the epidemic.
According to the statement, the Secretary-General recalled the decisions adopted by the Organization of Islamic Cooperation summit and ministerial meetings and the Mecca Declaration issued on July 11, 2018, by the “International Conference of Muslim Scholars (Ulema) for Peace and Security in Afghanistan”, reiterating the firm commitment of the Organization of Islamic Cooperation to assist the Afghan people in achieving comprehensive reconciliation and lasting peace, stability and development within the framework of national consensus.
Meanwhile, the OIC “once again welcomed the signing of the agreement between the United States of America and the Afghan Taliban in the Qatari capital, Doha, on February 29, 2020.”
“It is hoped, will pave the way for negotiations involving all Afghan parties for a peaceful political settlement through the Afghan-led peace process,” the statement concluded.
Tags:
OIC urges all Afghan parties to ceasefire permanently, contribute to fighting Coronavirus
Source : Afghan Voice Agency(AVA)
Tuesday 31 March 2020 18:05
Story Code: 206621 Copy text available
Featured news
325,000 Afghan refugees returned home over past four months: ministry
Turkey and Pakistan to ‘Enhance’ Bilateral Cooperation Against COVID-19
Afghanistan Reports 658 New COVID-19 Cases
Russia: 4 servicemen killed in helicopter hard landing
162 New COVID-19 Cases Reported in Herat and Balkh
US Welcomes Ghani's Pledge to Release Prisoners
1
Findings from Afghanistan war crimes investigation will cause 'distress' for some elite soldiers, judge warns
2
US and Iran attend Six Plus Two meeting on Afghanistan
3
‘Key' Taliban Member Arrested in Herat by NDS
4
Taliban Killed, Wounded 576 Afghan Civilians In 30 Provinces During Ramadan: ONSC
5
Airstrike kills 6 Taliban militants a day after similar raids killed 31 in Jawzjan
6
Peace Talks Ensure Afghanistan not a ‘Safe Harbour’ for Terrorists: US State Department
7
Around 2,000 Taliban prisoners to be released
8
Afghan leaders condole deaths in plane crash in Karachi city of Pakistan
9
US Secretary of State Urges Afghan Gov’t, Taliban to Refrain From Violence After Eid Ceasefire
10
Pentagon Report Suggests the US-Taliban Deal Was Inked in Afghan Blood