A list of some 62-members of political leaders, well-known faces, scholars and women was recently published by some sources as being members of the Afghanistan’s High Council of Reconciliation (HCR). 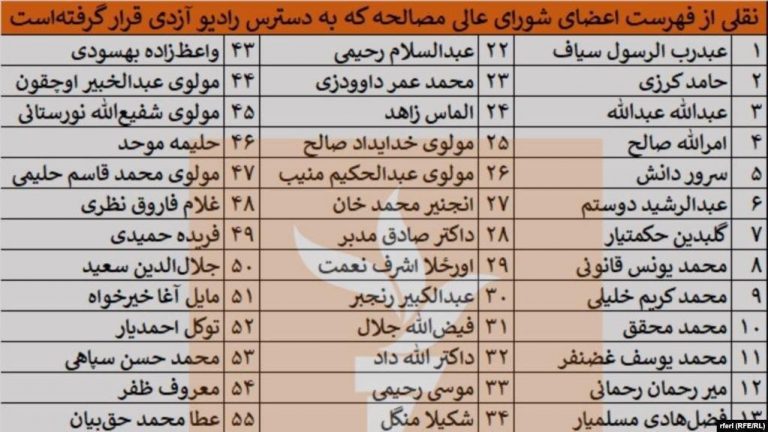 The list includes President Ghani, Ata M. Noor, Abdul Rab Rassoul Sayyaf, Hamid Karzai, Abdullah Abdullah, Sarwar Daish, Abdul Rashid Dostum, Gulbuddin Hekmatyar, M. Yunus Qanuni, M. Karim Khalili, Mohammad Mohaqeq, Fazalhadi Muslimyar, and some other political figures.
Radio Liberty published the list and claimed that the leadership of the HCR has been proposed to Mr Abdullah and if Mr Abdullah does not accept the proposal, Mohammad Ashraf Ghani will be its leader.
According to the source, the government would determine the authorities and competencies of the HCR.
This comes as some sources leaked that Hamid Karzai and Abdul Rab Rassoul Sayyaf had met with Dr Abdullah and suggested him the leadership of the council, but Mr Abdullah denied.