President Ashraf Ghani has proposed his political rival Abdullah Abdullah – who announced a parallel government following a dispute over election results – to lead a high peace council and pursue the Afghan peace process. 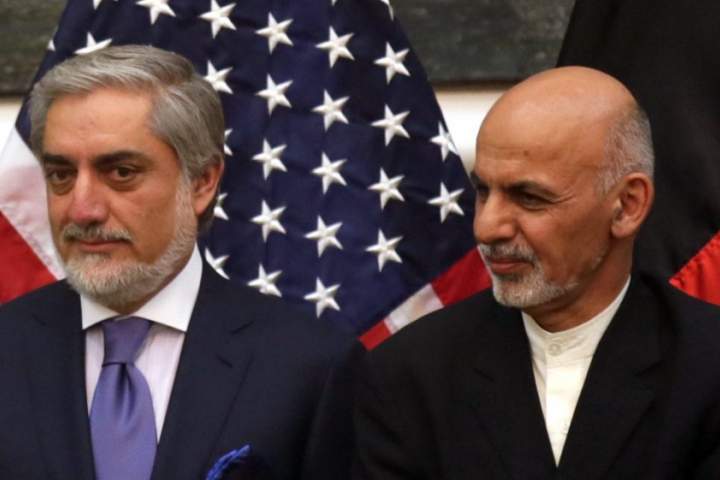 In a meeting with Afghan parliament members at the Presidential Palace – aimed to resolve political tensions between the two leaders – Ghani suggested Abdullah should head the peace council.
He added that Abdullah could have a position equivalent to a deputy adding that his decisions, budget, and security will be discussed later.
“His (Abdullah’s) protocol can be the protocol of a vice president, his security, his budget, his decision making, all can be discussed. We have full flexibility,” Ghani said.
Ghani said that prominent figures aligned with Abdullah will be taken in the cabinet with the guarantee that they will not be fired without any reason and evidence.

“It should be clear that each minister, without exception, should have a commitment with you (lawmakers) and with the nation,” Ghani noted.
Meanwhile, Ali Akbar Jamshidi a close figure to Abdullah said that Ghani’s proposal is not acceptable for Abdullah as he wants an executive role equivalent to a prime minister.
The two sides yet to reach an agreement as a number of prominent political figures such as Former President Hamed Karzai, Abdul Rab Rasool Sayyaf, Younus Qanoni, and Gulbuddin Hekmatyar the leader of Hizb-e-Islami are trying to resolve the political tension.