The Ministry of Public Health on Wednesday said that it registered 531 new positive cases of COVID-19 in the past 24 hours --bringing the total positive cases to 8,676. 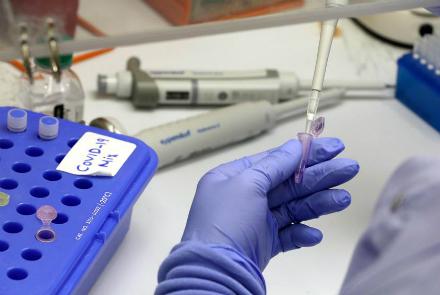 The number of total known active cases in Afghanistan is 7,547, said the MoPH.
According to the Health Ministry, six people lost their lives over the past 24 hours and eight more recovered. The known death toll from the coronavirus is now 193.
The total number of recoveries is 938.
Kabul is a hotspot for the virus, with 274 reported cases in the past twenty-four hours.
The new cases, according to the ministry, were reported in Kabul (274), Herat (69), Balkh (55), Nangarhar (35), Wardak (26), Sar-e-Pul (15), Paktika (12), Khost (12), Paktia (7), Badghis (1), Laghman (5), Parwan (13), Jawzjan (2), Farah (2) and Faryab (3),
So far, 26,707 people have been tested in the country.
Global coronavirus cases surpassed 5 million on Wednesday, with Latin America overtaking the United States and Europe in the past week to report the largest portion of new daily cases globally, according to a Reuters report.
This represents a new phase in the virus’ spread, which initially peaked in China in February before large-scale outbreaks followed in Europe and the United States, said Reuters.
Latin America accounted for around a third of the 91,000 cases reported earlier this week. Europe and the United States each accounted for just over 20%, according to the report.
A large number of those new cases came from Brazil, which recently surpassed Germany, France and the United Kingdom to become the third-largest outbreak in the world, behind the United States and Russia.
Cases in Brazil are now rising at a daily pace second only to the United States.
The number of deaths from COVID-19 globally is more than 328,191.
Tags:
New COVID-19 Cases Reported in Afghanistan
Source : Afghan Voice Agency(AVA)
Thursday 21 May 2020 12:57
Story Code: 210470 Copy text available
Featured news
Pullout of 8,000 Troops by November Not Only Option: Esper
Iran to Reopen Border with Turkmenistan on June 1
COVID-19: Over 350,000 Kabul Residents Exempt From Paying Water and Power Bills
Ten killed in highway crash in Faryab
COVID-19 in Bamiyan: Saighan District Fully Quarantined; Face Masks Mandatory in Cities
Afghan Futsal goalkeeper tests positive for Coronavirus
1
Assassinations Using Motorcycles Increase in Kabul
2
China Records No New Cases First Time Since COVID-19 Outbreak
3
COVID-19: Three New Hospital to be Built in Kabul for Coronavirus Patients
4
325,000 Afghan refugees returned home over past four months: ministry
5
Afghanistan Reports 658 New COVID-19 Cases
6
Illegal Afghan Migrants Hiding in Fruit Truck Arrested in Poland
7
Turkey and Pakistan to ‘Enhance’ Bilateral Cooperation Against COVID-19
8
Afghan Human Rights Commission Concerned Over Civilian Casualties in the North
9
No new reports of clashes in Afghanistan despite ceasefire ending
10
Turkmenistan to Build Two COVID-19 Testing Centers in Torghondi, Andkhoy Ports