The US President Donald Trump on Tuesday at a White House news conference renewed his desire for a full military withdrawal from Afghanistan, Reuters reported. 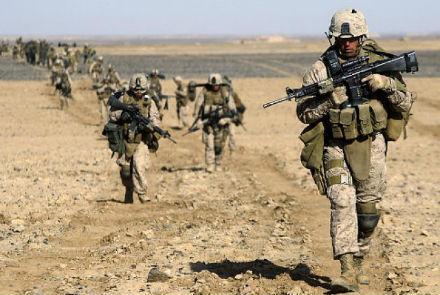 However, Trump added that he had not set a target date, amid speculation he might make ending America’s longest war part of his re-election campaign.
“We’re there 19 years and, yeah, I think that’s enough... We can always go back if we want to,” said Trump.
Trump also said:
"Well, I think everyone knows we're down to less than 8,000 troops. We're with leadership in many different fields and in many different parts of that country. We're dealing with the Taliban, we're dealing with the president. The president now has gotten himself straightened out with the two presidents, but we're dealing with - because they had, as you know, they had competing factors and factions."
In the meantime, CNN reported that senior US military commanders have been discussing options for significantly reducing the US troop presence in Afghanistan earlier than planned, according to several defense officials.
The closely held discussions were sparked in part by worries that President Donald Trump may want to withdraw troops before voters go to the polls in November in order to fulfill his 2016 campaign promise to bring troops home, the officials said.
Trump has said he would like to pull US soldiers out of Afghanistan ahead of the timeline set out in a February agreement with the Taliban -- a prospect that raises concerns within the Pentagon about troop safety and the possibility it could spark renewed violence in the country.
The New York Times first reported the Pentagon plans.
It is not clear if Trump has asked for a full withdrawal or would agree to let some number of troops stay, but military leaders could present Trump with options for a decision within days, according to CNN report.
On May 14, Trump in answer to a question about the attacks in Afghanistan told reporters: "At some point they’re going to have to be able to take care of their country.”
“We’ve been there for many years, we’re like a police force. We’re not fighting in Afghanistan, we’re a police force in Afghanistan and at some point, they’re going to have to be able to take care of their country,” Trump said.
The US has about 13,000 troops in Afghanistan, according to reports.
Tags:
Trumps Considering Full Troop Pullout from Afghanistan
Source : Afghan Voice Agency(AVA)
Wednesday 27 May 2020 11:37
Story Code: 210791 Copy text available
Featured news
Abdullah will soon finalize list of ministerial nominees: spokesman
12 Taliban militants killed in Daikundi
Civilian Airport To Be Built In Nangarhar
COVID-19 Deaths Cross 1,000 In Afghanistan
Pakistan Opens Angoor Adda, Kharlachi Crossings
Over 500 Taliban-Requested Detainees May Not Be Released: Sediqqi
1
Strong and positive signal needed in Afghanistan's anti-corruption efforts: donors
2
‘Russian bounties’: payback or White House incompetence?
3
Taliban: ‘Anti-Peace’ Circles Drawing Links To Uzbek Jihadist Group
4
President Ghani Appoints New Envoy for Pakistan
5
Kabul To Host Third International Meeting On Peace
6
Sapidar Palace Surprised By New Governor Appointments
7
Ghani: 'Afghan People Will Have Final Say on Peace Process'
8
Dispute Over 592 Taliban Prisoners Solved: Source
9
Taliban Urged to End Violence Amid Hopes for Intra-Afghan Talks
10
MoFA: Families Should Identify Bodies Of Those Drowned In Turkey