Ten people were killed when two cars collided with each other in Afghanistan's northern Faryab province on Thursday, police said. 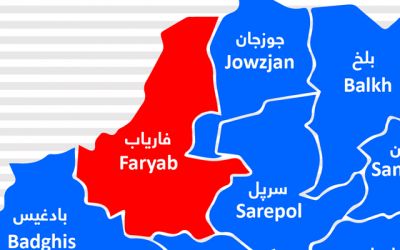