The former minister of Public Health, Ferozuddin Feroz, has referred the chief medical officer and four other top officials of the state-owned Jamhuriat hospital to the Attorney General over their alleged involvement in the embezzlement of money allocated for the hospital’s fuel, according to a document seen by TOLOnews. 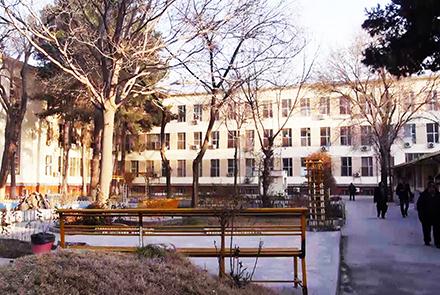 Feroz also appointed the medical director of the hospital as the acting chief medical officer.
According to the document, Bashir Noormal, the deputy minister of health, later reinstated the chief medical officer to his original post after Feroz went into self-isolation after being tested positive for COVID-19.
The Office of the Attorney General has said that the case is under investigation.
“The chief medical officer and a number of employees of this hospital were referred to the Attorney General by the Ministry of Public Health, and the case is under investigation,” said Jamshid Rasuli, a spokesman for the Attorney General’s Office.
“Duties of all those personnel who are under scrutiny because of corruption should be suspended. The case should be investigated freely,” said Sayed Ekram Afzali, the head of Integrity Watch Afghanistan (IWA).
Feroz is not willing to talk to the media about the case.
Chief medical officer Mohammadullah Alishingi, Aminullah Omarkhel, the head of the administrative board, Bashir Ahmad, the head of the services department and Sardar Mohammad, one of the directors, are among those who have been referred to the Attorney General for embezzlement of fuel funds.
Tags:
AGO Probes Embezzlement Reports at Jamhuriat Hospital
Source : Afghan Voice Agency(AVA)
Tuesday 2 June 2020 18:37
Story Code: 211299 Copy text available
Featured news
COVID-19: MoPH Reported 28 New Deaths In the Past 24 Hours
Taliban attacks kill 19 Afghan forces in Kunduz, Badakhshan provinces
Coronavirus warning from Italy: Effects of COVID-19 could be worse than first thought
Pakistani Militia Working With Taliban In Paktia Says Official
Nearly three-quarters of Afghan children want to return to school: survey
Oil prices down with record new virus cases in US state
1
Reporters Without Borders Condemns Arrests, Harassment Of Journalists
2
MoPH Says COVID-19 Cases Decreased By 40% As Tally Reaches 33,908
3
COVID-19 Deaths Cross 1,000 In Afghanistan
4
WFP receives $49m from USAID to help feed vulnerable Afghans
5
Civilian Airport To Be Built In Nangarhar
6
Majority of Afghan lawmakers catch coronavirus
7
Deputy Minister of Information and Culture Survives Armed Attack
8
23 Civilians Killed Last Week: NSC
9
Coronavirus has pushed a million in Afghanistan to brink of famine: Oxfam
10
Global COVID-19 Cases Rise to More Than 12 Million