U.S., China, Russia and Pakistan held a consultation and vowed to accelerate the peace talks in Afghanistan and do their utmost to facilitate it, reports TASS. 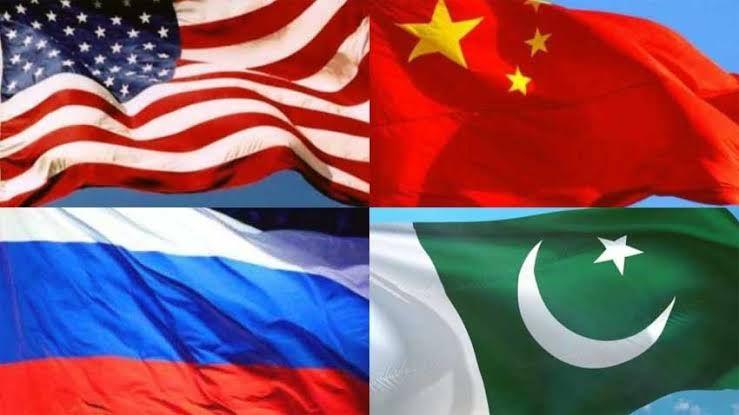 At the Wednesday video call, Russia, China and the U.S., were represented by special envoys and Pakistan, by the foreign minister’s first deputy.
The group said they would try to accelerate the exchange of prisoners between the Afghan government and the Taliban so that the peace talks may be able to start soon.
The Russian Special Presidential Envoy for Afghanistan and Director of the Russian Foreign Ministry’s Second Asia Department Zamir Kabulov told TASS, “The exchange process is on. It is slower than we would like it to be, but it is continuing and now the need has emerged to hold a preliminary discussion of further steps.”
U.S. Special Representative for Afghanistan Reconstruction Zalmay Khalilzad had previously said they were in a good place with the talks and progress has been made.
One of the conditions of the U.S.-Taliban peace agreement signed in Doha was that the Taliban had to release up to 1,000 prisoners while the Afghan government would have to release up to 5,000 Taliban prisoners as a confidence-building gesture.
The Afghan government had not been party to that agreement but when Taliban announced the three-day Eid ceasefire, President Ashraf Ghani pledged to release 2,000 prisoners as a show of goodwill.
The Taliban has released a statement that the Afghan government had been misreporting the number of the group’s prisoners that had been released. The group claimed the government had released 2,284 prisoners while the Afghan National Security Council said they had released 2,700 prisoners.
The Afghan government had also said the Taliban prisoners were being released of off a list the group’s technical team had provided to Kabul.
Tags:
US, China, Russia, Pakistan Discuss Intra-Afghan Talks
Source : Afghan Voice Agency(AVA)
Thursday 4 June 2020 09:54
Story Code: 211367 Copy text available
China eyes to hold new intra-Afghan meeting
US, China, Russia, Pakistan Hold Talks on Afghan Peace
Ghani Calls China FM to Discuss Intra-Afghan Talks
China, U.S., Russia meet on Afghanistan issue, agree on further talks
China, Russia Urge against Military Action in Venezuela
Featured news
MoF Demands Municipalities Report on Bread Program Finances
Majority of Afghan lawmakers catch coronavirus
Coronavirus prevention Committee approves plan to change working hours of government offices
CAS to announce Man City decision on July 13
UNAMA announces stance on announcement of final results of Afghan presidential elections
Senior defense ministry official injured in Kabul blast
1
Strong and positive signal needed in Afghanistan's anti-corruption efforts: donors
2
‘Russian bounties’: payback or White House incompetence?
3
Taliban: ‘Anti-Peace’ Circles Drawing Links To Uzbek Jihadist Group
4
Ghani appoints new governors for five provinces of Afghanistan
5
Ending Terror Sanctuaries ‘Essential’ For Peace in Afghanistan: India
6
22 Taliban militants killed, wounded on Kabul-Jalalabad highway
7
Kabul To Host Third International Meeting On Peace
8
President Ghani Appoints New Envoy for Pakistan
9
Sapidar Palace Surprised By New Governor Appointments
10
Ghani: 'Afghan People Will Have Final Say on Peace Process'