A spokesperson for Helmand’s governor confirmed that two civilians were killed in a roadside blast on Tuesday morning in Helmand’s Nawa district. 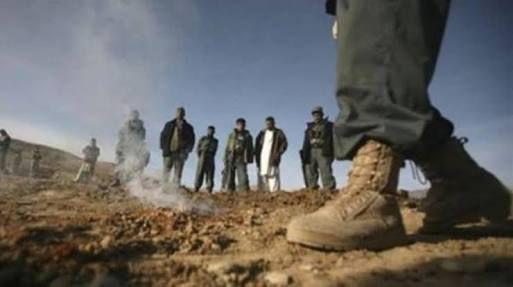 Omar Zwak said the blast occurred at around 8am in the Mangalzoi area when a civilian car collided with the mine.
Another person was injured in the incident.
The governor’s office has said the mine was planted by the Taliban, but the group has not commented yet.

This followed a string of attacks in the province as most of the districts are under Taliban control and clashes are ongoing.
On Monday a rocket attack and car bomb killed at least 23 civilians and wounded 15 others in Sangin district of the province.
Earlier in the day, a roadside bomb had exploded and killed six civilians in Washir district.
Tags:
2 Civilians Killed in Roadside Blast in Helmand
Source : Afghan Voice Agency(AVA)
Tuesday 30 June 2020 14:12
Story Code: 213364 Copy text available
Featured news
Taliban: Hanafi Jurisprudence In Talks Is Not Prejudice Against Shia Brothers
NATO-EU Affirms Continued Cooperation to Afghanistan ‘Long-Term Stability’
Afghanistan: 35 of 267 Cases Test Positive for COVID-19
Hasty International Withdrawal From Afghanistan Would Be Unwise: Pakistan PM Khan
2 New Polio Cases Reported In Badakhshan
Dubai police bust drug-traffickers' gang, seize 9kg of crystal and hashish
1
28 ANP – Local Policemen Killed in Uruzgan
2
Head of ‘Shroff Union’ Kidnapped in Balkh
3
1 Person Killed in a Cricket ‘Dispute’
4
Taliban Kill 5 Members Of A Family In Badakhshan
5
Nearly 500 pilot whales stranded in Australia; 380 dead
6
2 Killed In Shooting At Kabul Wedding
7
13 people were killed and 7 others injured when a passenger van caught fire in Pakistan's south Sindh province