An explosion ripped through a vehicle of the Afghan National Police (ANP) forces in Kabul city earlier today, the security sources said. 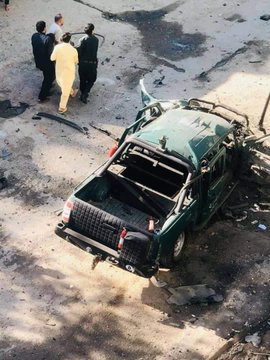