MoFA: Families Should Identify Bodies Of Those Drowned In Turkey

The Foreign Ministry is urging families to identify bodies of those refugees who drowned in Turkey’s Lake Van as soon as possible. 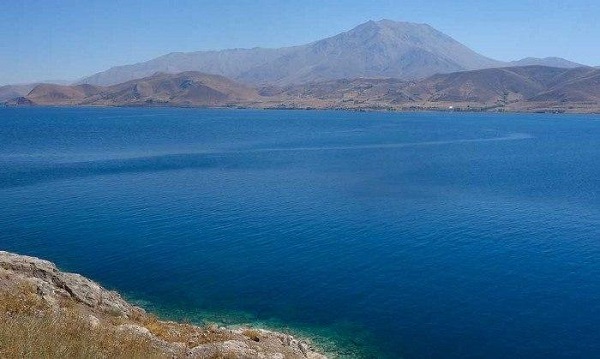 On June 27, a refugee boat capsized due to bad weather in southeastern Turkey. It was carrying up to 60 Afghan refugees according to some reports, along with a few Pakistani and Iranian nationals.
More than 10 bodies have been recovered by the Turkish government so far and search operations are underway.

Afghan Foreign Ministry spokesperson Gran Hewad said that the Afghan embassy in Ankara has formed a three-member delegation to investigate the accident.
The bodies being recovered are in a bad condition and Hewad asked family members of those killed to contact them so they can pass on the information to Tehran or Ankara as soon as possible.
Few of the recovered bodies were already buried due to their state.
Tags:
MoFA: Families Should Identify Bodies Of Those Drowned In Turkey
Source : Afghan Voce Agency(AVA)
Wednesday 8 July 2020 15:48
Story Code: 214067 Copy text available
MoFA Sees ‘Major Progress’ In US-Taliban Talks
MoFA Welcomes UN Sanctions On Daesh
MoFA Says Taliban Will Not Win By Prolonging The War
MoFA Optimism Over U.S. Efforts for Enhancing Security in Afghanistan
Pakistan, Afghanistan agree to counter terrorism
Featured news
UAE firm to invest in 3,000 MW solar power project in Afghanistan
Pompeo Says He Warned Russia Against Offering Bounties for US Soldiers
21 Civilians Killed in 10 Days in Arghistan District of Kandahar: AIHRC
COVID-19: AFC 2022 World Cup qualifiers postponed to 2021
Russia to start COVID-19 vaccine production in 2 weeks
Surging Cases of Polio Create New Health Challenge in Afghanistan
1
Loya Jirga decides that 400 hard-core Taliban prisoners should be released
2
9 members of a single family wounded in Taliban mortar attack in East of Afghanistan
3
US to cut troop levels in Afghanistan
4
Terrorists trained by Pakistani commandos in Afghanistan planning attacks in Kashmir: Report
5
Nabil: Pakistan Is Never Trustworthy
6
U.S. plans to withdraw more than 4,000 troops from Afghanistan by end of November
7
Intra-Afghan Talks to Begin on August 16 in Doha: State TV
8
Pakistan steadfast for inclusive Afghan settlement: FM
9
Taliban expresses readiness to hold peace talks with Afghan govt
10
Khalilzad Expects Prisoners' Release in 'Next Few Days'