If we are to understand properly the significance of the claim that Russia paid Taliban fighters a bounty for killing American soldiers in Afghanistan, we must acknowledge that the US had used similar tactics against Soviet troops. The difference between then and now is not what nations do to further their interests, but what they do when they learn of such actions by adversaries. As usual, context is the key to comprehension. 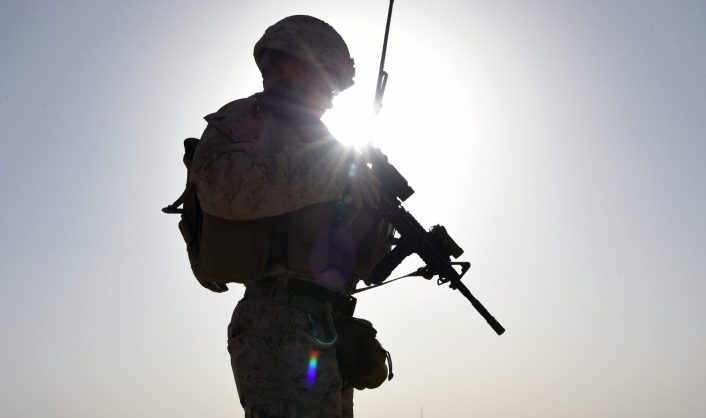 At one level is history. The US used lethal means to expel the Soviets from Afghanistan throughout the 1980s. A covert program to provide training and equipment to the Afghan mujahideen included shoulder-held missiles that inflicted severe casualties on Soviet forces and contributed to Moscow’s decision to withdraw from Afghanistan in 1989, after a decade of dominance there.
Is the bounty story evidence of revenge, of “turnabout is fair play”? Russian scholars attribute to President Vladimir Putin a deep desire to restore Russian greatness and vindicate the sharply felt grievance of that particular humiliation. Russia lost more than 15,000 soldiers in Afghanistan, and, alongside US operations in Poland in support of the Solidarity movement, Russian leaders recognize that the US exploited Russia’s vulnerabilities, thus accelerating the collapse of the Soviet Union.
But the US has already indicated its intentions to leave Afghanistan, and it’s the Taliban who are killing American and other forces in the long-running insurgency. Russian support of various kinds may contribute to the Taliban strategy, but it cannot be considered a major factor in how the United States’ troubled ties to the country will move from all-out war, to the recent agreement with the Taliban, to a peaceful exit strategy.
Another vector to consider is the dysfunctional relationship between President Donald Trump and the US intelligence community. The American press has seized on this aspect of the story, and has now revealed that the “bounty” story was included in February briefing materials, but not part of the oral presentation by the president’s briefer. The White House has explained in amateurish fashion that it was not, and should not have been, briefed until it was confirmed with high confidence in sources providing the information. It is distressing, yet again, for intelligence professionals to be blamed for a possible failure of the president’s own team to recognize the significance of the story and to find appropriate ways to discuss it with the president. Some observers find the episode typical of an atmosphere in the White House where political loyalists avoid topics they know will displease Trump, out of fear of incurring his wrath and possibly harming their own status and position.
The US military also has been dismayed by the inability to get Trump to focus and to address the issue. It was through military channels that the connection to Russia was first made, and the stakes for the US command there was high, to say the least.
There is not yet any evidence available in public to correlate any recent American casualties and the alleged collaboration between Russia and the Taliban, but even without hard data, it should be clear that any credible threat to US forces deployed overseas is normally an issue that would mobilize policy attention at the White House.
The consensus seems to be that US-Russian relations provide the most pertinent context to understand this case. It is Trump’s resistance to confronting the realities of Russian behavior toward the US – from alleged elections interference to military actions in Europe to these new revelations about Afghanistan – that provide the most useful explanation.
Trump is simply reluctant to accept that he has to act on these inconvenient aspects of this fraught relationship. He has not prohibited the bureaucracy from developing programs related to Russia, such as sanctions or political discussions about Crimea and Ukraine, or domestic measures to protect voting machines, which can happen without his direct involvement.
Trump seems to place great value on his relationship with Putin, but it has not developed as a peer relationship. Putin clearly has the upper hand, as revealed at the 2018 Helsinki summit, when Trump openly disparaged US intelligence and told the world that he trusts Putin’s word over information his own government provides.
The columnist Anne Applebaum has vividly described in a recent article in The Atlantic how Trump seems to wilt in the presence of authoritarians: “It was like watching a lesser celebrity encounter a more famous one. Trump did not speak to them as the representative of the American people; he simply wanted their aura – of absolute power, of cruelty, of fame – to rub off on him and enhance his own image.”
In the long run, the possibility of Russian involvement in Taliban violence against American forces in Afghanistan may prove to be a small data point in a much larger narrative of American decline. Some of the erosion of American power and influence was an organic aspect of rising prosperity and power resulting from globalization.
But it cannot be denied that the bully in the White House has demonstrated time and time again his ineffectiveness in dealing with international relations and, in this case, a clear threat to US interests that any other president would have handled quite differently.
Tags:
‘Russian bounties’: payback or White House incompetence?
Source : Afghan Voce Agency(AVA)
Wednesday 8 July 2020 17:21
Story Code: 214071 Copy text available
Featured news
Intra-Afghan Talks to Begin on August 16 in Doha: State TV
Afghanistan-Iran-Uzbekistan Transit Corridor Operational
Taliban expresses readiness to hold peace talks with Afghan govt
29% Increase in Afghanistan’s Exports through Air Corridor
Afghan negotiating team to leave for Doha Wednesday, talks to begin Sunday
Four killed as residents clash with Taliban tax collectors in Ghazni
1
Loya Jirga decides that 400 hard-core Taliban prisoners should be released
2
Zarif criticizes Google for ‘glitch’ in translation of condolences to Lebanese
3
US cargo plane lands in Israel in support of the regime's Iron Dome
4
9 members of a single family wounded in Taliban mortar attack in East of Afghanistan
5
Pakistani soldiers suffer casualties in firing from across Durand Line with Afghanistan
6
U.S. plans to withdraw more than 4,000 troops from Afghanistan by end of November
7
US to cut troop levels in Afghanistan
8
Nabil: Pakistan Is Never Trustworthy
9
Pakistan steadfast for inclusive Afghan settlement: FM
10
Terrorists trained by Pakistani commandos in Afghanistan planning attacks in Kashmir: Report