Ghani: 'Afghan People Will Have Final Say on Peace Process'

President Ashraf Ghani on Wednesday said that the Afghan government has the responsibility to merge the Taliban into the structure of the political system; however, it is only the Afghan people who have the right to decide the final fate of the peace process. 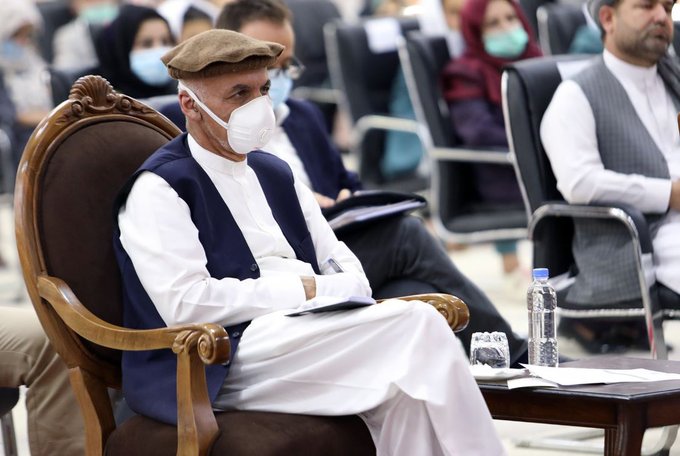 Ghani made the statement on Wednesday during a trip to the northern Afghan province of Kapisa to assess the overall security situation in the north.

Ghani said that he will not surrender to force, but will be ready to work for peace where there is no violence.

“It is our responsibility to merge the Taliban in the structure of the Islamic Republic of Afghanistan--which will happen hopefully--but we must remember that the final decision about peace will be taken by the people of Afghanistan,” said Ghani.

The statement comes as expectations run high that the direct talks between the Afghan government and the Taliban will start sometime in July.

Meanwhile, local officials in the province voiced their problems:

“50 percent of our schools have no buildings,” said Abdul Latif Murad, the governor of Kapisa.

Ghani said that he will not tolerate negligence towards the families of the fallen members of the Afghan National Security and Defense Forces.

While a number of lawmakers in Afghanistan’s parliament have strongly criticized the performance of OSOPND (Operation and Support Office of the President for National Development ), Ghani said that OSONPND has been working on the country’s major projects.

“Major contracts are being implemented by the OSONPND,” said Ghani.