The standoff over the release of 592 Taliban prisoners has been solved and 592 replacement prisoners will be released by the Afghan government due to a new Taliban list, a source said. 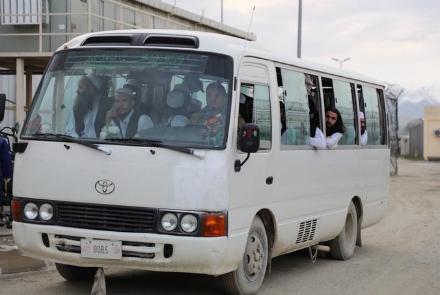 Earlier this week, The Afghan government revealed one of the main reasons behind the delay in the intra-Afghan negotiations, saying it is not releasing 597 prisoners of the 5,000 inmates that were to be freed as part of the US-Taliban agreement, because these prisoners are being held not only for being affiliated with the Taliban, but because they are allegedly guilty of serious "moral" crimes.
On Wednesday, the members of the government peace negotiating team said that the team is fully prepared to enter into talks with the Taliban once the date and location have been finalized.
“There are different options---we are ready to go to Doha, we hope that the Taliban get prepared as soon as possible so that we can sit together and seek ways for peace and make peace for a common future,” said Nader Nadery, a member of the peace negotiating team.
The members of the peace negotiating team also said that the High Council for National Reconciliation needs to complete its formation and define its agenda and its main principles for the intra-Afghan talks as soon as possible.
The 21-member peace negotiating team is currently working in four groups as part of their preparations for talks with the Taliban.
The Taliban has said that the group will not endorse the intra-Afghan talks unless the Afghan government releases its 5,000 prisoners from the jails.
The release of the Taliban prisoners is part of the US-Taliban deal signed in Doha in late February.
According to the Afghan government, so far, 4,015 Taliban prisoners have been release
Tags:
Dispute Over 592 Taliban Prisoners Solved: Source
Source : Afghan Voce Agency(AVA)
Thursday 9 July 2020 11:42
Story Code: 214137 Copy text available
Ghani Reveals the Constraints Facing Afghan Economy
Women gunned down by Taliban in Logar: source
Govt Bars Several Diplomats From Foreign Trips: Sources
Daesh ‘Could Exploit’ Mineral Resources In Jawzjan
Situation to get worse as Iraq if Afghan war outsourced by US, Karzai warns
Featured news
Intra-Afghan Talks to Begin on August 16 in Doha: State TV
Afghanistan-Iran-Uzbekistan Transit Corridor Operational
Taliban expresses readiness to hold peace talks with Afghan govt
29% Increase in Afghanistan’s Exports through Air Corridor
Afghan negotiating team to leave for Doha Wednesday, talks to begin Sunday
Four killed as residents clash with Taliban tax collectors in Ghazni
1
Loya Jirga decides that 400 hard-core Taliban prisoners should be released
2
Zarif criticizes Google for ‘glitch’ in translation of condolences to Lebanese
3
US cargo plane lands in Israel in support of the regime's Iron Dome
4
9 members of a single family wounded in Taliban mortar attack in East of Afghanistan
5
Pakistani soldiers suffer casualties in firing from across Durand Line with Afghanistan
6
U.S. plans to withdraw more than 4,000 troops from Afghanistan by end of November
7
US to cut troop levels in Afghanistan
8
Nabil: Pakistan Is Never Trustworthy
9
Pakistan steadfast for inclusive Afghan settlement: FM
10
Terrorists trained by Pakistani commandos in Afghanistan planning attacks in Kashmir: Report