Coronavirus warning from Italy: Effects of COVID-19 could be worse than first thought

Italian doctors are warning that COVID-19 is not just a respiratory disease but a killer affecting the whole body. 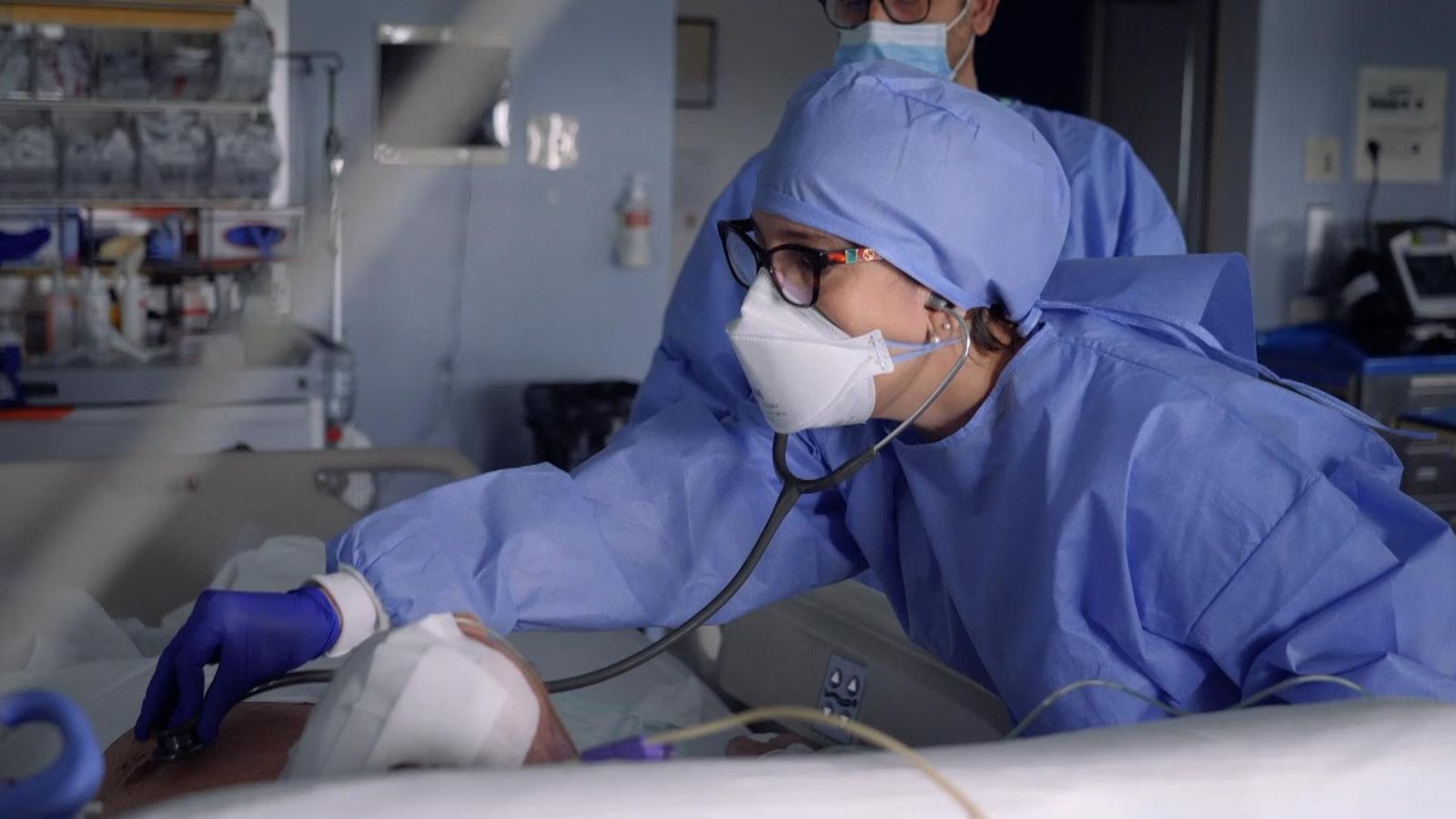 The long-term effects of COVID-19, even on people who suffered a mild infection, could be far worse than was originally anticipated, according to researchers and doctors in northern Italy.
Psychosis, insomnia, kidney disease, spinal infections, strokes, chronic tiredness and mobility issues are being identified in former coronavirus patients in Lombardy, the worst-affected region in the country. The doctors warn that some victims may never recover from the illness and that all age groups are vulnerable.

The virus is a systemic infection that affects all the organs of the body, not, as was previously thought, just a respiratory disease, they say.
Some people may find that their ability to properly work, to concentrate, and even to take part in physical activities will be severely impaired. The physicians warn that people who do not consider themselves in a vulnerable group and aren't concerned at contracting the disease could be putting themselves in danger of life-changing illnesses if they ignore the rules to keep safe. They stress that the need for social distancing, hand washing, and masks is as important now as it ever was.
The warnings come amid growing concerns in northern Italy that a second wave of the virus could be imminent. Doctors in two of the main hospitals in the region have reported a handful of new cases of severely ill people with respiratory problems. Dr Roberto Cosentini, head of emergencies at Papa Giovanni XXIII Hospital in Bergamo, oversaw the response to the virus that swept through this alpine province claiming the lives of at least 6,000 people.
He gave Sky News unprecedented access to the hospital's emergency rooms in March when the first shocking effects of the virus were broadcast around the world, changing perceptions of the scale of the problem.
Now he is leading efforts to again send a warning across the globe that COVID-19 is a lethal killer that affects the whole body, and is not going away.
"At first, initially, we thought it was a bad flu, then we thought it was a bad flu with a very bad pneumonia, it was the phase when you came here, but subsequently we discovered that it is a systemic illness with vessel damage in the whole body with renal involvement, cerebral involvement," he told me in the now silent COVID-19 emergency room that was overwhelmed a few months ago. "So we are seeing other acute manifestations of renal failure that require dialysis; or stroke, and then acute myocardial infarction, so a lot of complications or other manifestations of the virus.
"And also now we see a significant proportion of the population with chronic damage from the virus."
One of the few positives emerging from the pandemic that caused havoc to the health service here was the creation of a unique environment where doctors and experts in different fields found themselves working together for months, effectively learning new skills. That co-operation is helping the understanding of the virus.
Dr Emanuela Catenacci is a neurosurgeon at Cremona Hospital and when we first met her in March she had been co-opted to work on the intensive care wards during the worst of the outbreak.
She is back on neurology, but crucially, whereas in the past she would have treated patients completely independent of other departments, now she can see the link. That link is COVID-19, and it's a multi-organ killer. "In our hospital now we have a practice with immunologists, who are checking these patients, especially the most severe, those with the most severe illnesses, and they are checking not only lungs, but all the systemic manifestations of COVID pathology," she told me.
"The virus is a systemic infection, some of our apparatus organs have the biggest manifestation, such as lungs as we know, but also brain, skin, and sometimes we have vasculitis, so it's not [just] high respiratory or low respiratory infection, it's not finished [at] that," she said.
The Italian doctors' findings in their patients mirror a recent study carried out at University College London.

Researchers identified serious neurological complications arising from COVID-19 including delirium, brain inflammation, stroke and nerve damage in 43 people aged 16 to 85.
Some of the patients had experienced no severe breathing problems at all, with the neurological disorder being the first and only sign that they had coronavirus.
An intensive testing and follow up analysis of all survivors has been launched in Bergamo. Teams of doctors examine those who have recovered on a constant basis, trying to track the changing properties of the virus. Filippo Alcaini, 65, is one of the survivors being tested.
He was intubated in February after becoming severely ill, but recovered. He has been COVID-19-free for four months but he still has problems breathing and has periods of severe exhaustion. He accepts his ongoing condition, but sends a clear warning to people to take care not to catch the virus under any circumstances.
"To those who don't respect the rules, I wish they could have a week of what I felt, a week of feeling as bad as I have been," he told me.
"Perhaps then they understand that they cannot underestimate the many warnings and mandatory rules we have been given."
The doctors carrying out the follow-up and testing programme say they simply do not know enough about the virus to predict what is going to happen next. "It's something very different, that changes the body of the patient," Dr Gianluca Imeri explained to me.
"We've also seen forms of asthma develop after coronavirus infections. We for sure know the damage of coronavirus is caused by inflammation, and asthma and other respiratory diseases are inflammatory diseases, and there are also some inflammatory diseases in our body that can be developed and triggered by coronavirus.
"Simple coronavirus pneumonia is something that patients will recover completely from, from a radiological point of view, but probably the biggest change is inflammation. I mean, we have seen inflammation in all of their bodies, vascular systems, and respiratory systems, so we think we have to tackle inflammation in these patients even when they recover from the acute phase of the disease." So little is known of the virus that any long-term planning is guess work.
Doctors believe that even the youngest and mildest infected are at risk of their lives being changed forever, and it could take years to become apparent. Whole workforces could become less productive as a consequence.
The advice from Italy is simple: Don't get infected.
Tags:
Coronavirus warning from Italy: Effects of COVID-19 could be worse than first thought
Source : Afghan Voce Agency(AVA)
Monday 13 July 2020 16:01
Story Code: 214457 Copy text available
Featured news
Intra-Afghan Talks to Begin on August 16 in Doha: State TV
Afghanistan-Iran-Uzbekistan Transit Corridor Operational
Taliban expresses readiness to hold peace talks with Afghan govt
29% Increase in Afghanistan’s Exports through Air Corridor
Afghan negotiating team to leave for Doha Wednesday, talks to begin Sunday
Four killed as residents clash with Taliban tax collectors in Ghazni
1
African Telecom Giant MTN Exiting Afghanistan And Middle East
2
Saleh: 4.2B AFN Spent On Security Of Senior Officials, Some Of Whom Weaken The System
3
COVID-19: MoPH Reports 108 New Cases As Testing Increases Once More
4
Turkmenistan president sends COVID-19 tests to Afghanistan
5
Novavax Signs COVID-19 Vaccine Supply Deal with India
6
Thousands cross border after Spin Boldak opens for one day only