U.S. Secretary of State Mike Pompeo spoke to his Russian counterpart Sergey Lavrov about Afghanistan, following reports that Russian military intelligence unit may be paying bounties to the Taliban for killing American and allied soldiers. 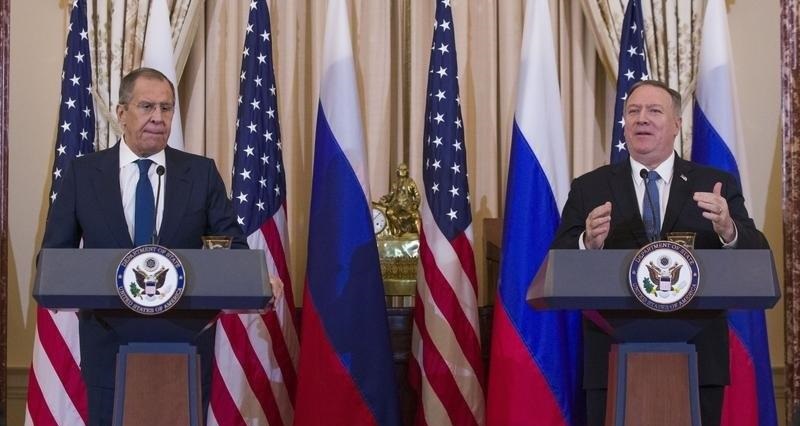 Pompeo and Lavrov also discussed convening a summit to mark the 75th anniversary of the UN “in the near future” with the leaders of the five permanent members of the UN Security council which include China, France, Russia, U.K. and the U.S.
Exact details of the call were not released, other than the brief lines by the U.S. State Department.
President Donald Trump has downplayed the reports and said U.S. agencies have not corroborated the intelligence which has been denied by Russia.
“The Russia Bounty story is just another made up by Fake News tale that is told only to damage me and the Republican Party. The secret source probably does not even exist, just like the story itself. If the discredited @nytimes has a source, reveal it. Just another HOAX!,” Trump had tweeted in early July.
Officials have not disputed the existence of the reports, but said it was not verified and that is why Trump was not briefed on it.
After being briefed, the House of Representatives has urged the U.S. to impose sanctions against Russia.
Tags:
Pompeo Discusses Afghanistan With Russia
Source : Afghan Voce Agency(AVA)
Tuesday 14 July 2020 10:23
Story Code: 214503 Copy text available
Featured news
Trump: US Troops 'Probably' Down to 4,000-5,000 by Election Day
Afghanistan Calls On Turkey To Take Action Against People Who Unfurled Taliban Flag
COVID-19 Latest: 36 of 187 Cases Test Positive in Afghanistan
75 More Afghan Sikhs And Hindus Returning To India
Foreign Ministry To Host Regional, International Meetings On Peace Process
Air Arabia Abu Dhabi Announces Flights Kabul
1
Khost governor calls Jalaluddin Haqqani 'a great hero'
2
SIGAR: Taliban ‘Harassing’ ANDSF, Al Qaeda Still Present
3
Afghan NDS Kills Daesh Intelligence Head in East
4
Kabul Delegation in Kandahar to Probe Spin Boldak Clash
5
MoI: Taliban Violated Eid Ceasefire And Killed 20 Civilians
6
Afghanistan saw 'deadliest' week in 19 years last month: SIGAR report
7
SIGAR: Humanitarian Disaster Looms In Afghanistan With One Of The Highest Positive Rates In The World
8
SIGAR: Up to 70% ‘Ghost Soldiers’ Within ANDSF Ranks
9
Developing: 13 Civilians Killed, 42 Wounded As Clashes Continue In Jalalabad Prison After 14 Hours
10
Jalalabad Prison Secured, Fighting Continues in Nearby Building