At least three members of an Afghan commando unit were killed in Ghor province, in the west of the country, in a Taliban attack on their outpost on Friday night, said local officials. 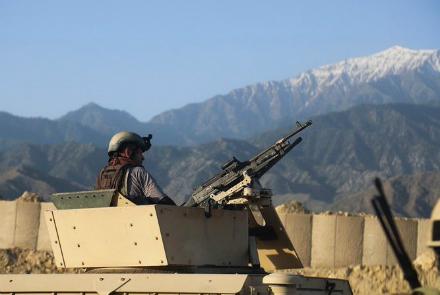 Four policemen were wounded in the attack, which occurred in Kharistan village east of Feroz Koh city, the center of Ghor, said Arif Abir, spokesman for the provincial governor.

In another incident, one security force member was killed and six others were wounded after they were attacked by the Taliban in Baharak district in the northern province of Takhar.

Takhar police said that 12 Taliban fighters were also killed in the attack.

The Ministry of Defense in separate statements reported Taliban attacks on Afghan forces outposts in Takhar, Khost, Helmand, Baghlan and Herat provinces over the last 24 hours. The ministry said dozens of Taliban fighters were killed and wounded in these clashes and that their attacks were repelled by Afghan forces.

Meanwhile, two police, including the administration officer of Kapisa police headquarters, were killed in an attack on their vehicle on the Kabul-Parwan highway in Kalakan district in Kabul province, north of Kabul city.

Two others, including the deputy chief of Kapisa police, were wounded in the incident, according to Abdul Ghafoor Popalzai, the district governor of Kalakan.

This comes as violence has increased in the country despite peace efforts by the Afghan government.