The Afghan intelligence agency---the National Directorate of Security (NDS)--on Saturday said that it had killed Assadullah Orakzai, the head of intelligence for the Khorasan branch of Daesh. 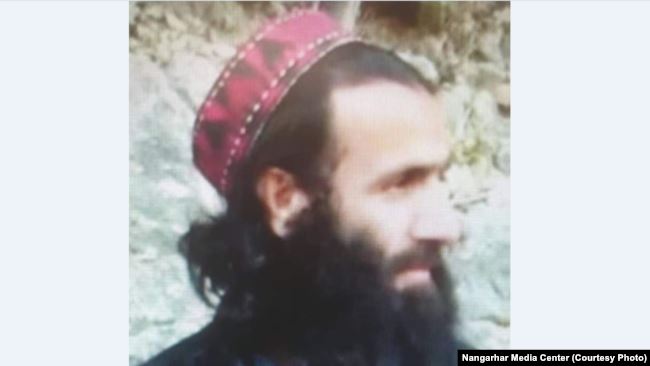 The NDS told TOLOnews that the Daesh commander was killed during an operation near Jalalabad city, the center of Nangarhar province.
A statement was released by the NDS late Saturday officially confirming the death of the Daesh leader.

“The Special Units of the National Directorate of Security NDS have eliminated Ziaurrahman known as Assadullah Orakzai, the native of Akhel Orakzai agency of Pakistan during a targeted operation,” the statement said.

According to the NDS, Orakzai was involved in plotting deadly attacks on a number of military and civilian targets in Afghanistan.

The NDS in the statement assured Afghanistan’s partners that it will uproot terrorists anywhere.

“Afghanistan’s regional and international partners should remember that Afghanistan is a key player in the fight against terrorist and will crush terrorists' roots anywhere,” the NDS said.
On April 4, the NDS announced the arrest of Abdullah Orakzai, who is known as Aslam Farooqi, the leader of the Khorasan branch of Daesh and 19 other Daesh members, including Qari Zahid and Saifullah known as Abu Talaha, during an operation by NDS special units.
Source : Afghan Voice Agency(AVA)
Sunday 2 August 2020 10:15
Story Code: 215930 Copy text available
Featured news
Rahmani Praises Top 3 Passers of National University Entrance Exam
Ghani: Customs Recruitments should be Independent
EU Envoys Stress On Urgent Need For Comprehensive Ceasefire In Afghanistan
Daudzai: Pakistan Showing They Are Serious About Support For The Peace Process
Afghanistan thanks Pakistan for facilitating Afghan peace process
COVID-19: 6 New Cases Reported From 224 Samples Tested
1
Afghan, Pak Officials Discuss Abdullah’s Upcoming Pakistan Trip
2
Political Deputy spoke at the Ministerial Meeting of Foreign Ministers of Landlocked Developing Countries on the sidelines of #UNGA